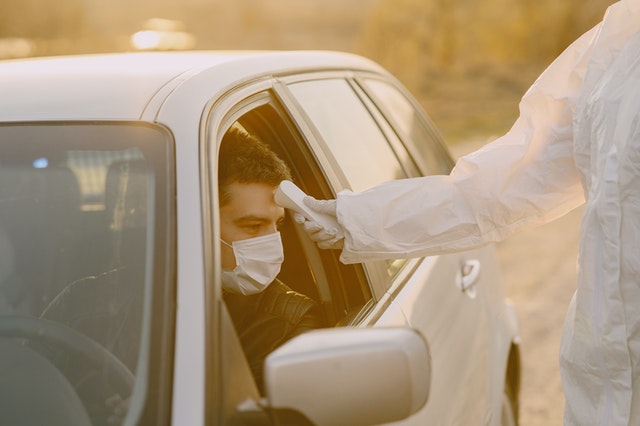 Banks will start the slow process of returning employees to the office on Tuesday, when the government begins to reopen the economy. The Monetary Authority of Singapore has advised firms to keep staff on site well within 25 percent, according to people with knowledge of the matter. They will need permission to host meetings with clients, and safety is to be assured with staff wearing clear plastic shields in addition to masks.

The authority’s approach is part of a phased reopening of the city-state, which has been under one of the longest lockdowns in Asia as authorities battled a second wave of coronavirus infections. Banks including DBS Group Holdings Ltd., Goldman Sachs Group Inc. and UBS Group AG have responded by deciding to keep most of their workers at home during the first stage of the easing.

How quickly banks get back to business as usual will be closely watched in a country where the finance and insurance industry makes up about 14 percent of gross domestic product. With the economy facing its worst contraction since independence in 1965, Oversea-Chinese Banking Corp. says it’s keen to have more bankers return to the office to process applications for relief loans.

Banks that wish to exceed the limit on the number of staff in offices must provide justification, the people said, asking not to be identified because the matter is private.

“MAS has allowed financial institutions to have some on site staff to meet increased customer needs as more businesses restart operations, as well as to serve customers more efficiently,” a central bank spokesperson said in a statement. “We have asked financial institutions to continue to exercise discipline in the number of staff brought back onto work premises and meet strict safe management measures.”

Meetings between wealth and other advisers and their customers will be held by appointment only, and both sides will need to use an app that allows contact tracing, according to a MAS statement released last month.

For some other industries, about a third of staff will be able to go back to their workplaces from Tuesday. The city-state has reported more than 35,000 cases of Covid-19 with 24 deaths as of Monday. Most active cases are migrant workers residing in dormitories.

Singapore’s stringent approach differs from Hong Kong, where the regulator didn’t impose a cap on the proportion of staff who could go back to work after the city relaxed its social-distancing requirements. Morgan Stanley and Barclays Plc had more than half of their Hong Kong workers go back to the office, while almost a third of Citigroup’s employees returned to the financial hub.

Here is how banks are approaching the easing of restrictions in Singapore.

Clients can expect to see wealth planners at branches wearing face shields, while some elevators have been recalibrated to take fewer passengers to ensure safe distancing, Singapore’s largest bank said in reply to questions from Bloomberg. About 80 percent of DBS staff have been working from home and most will continue to do so even after Tuesday, it said.

The U.S. bank “will begin the first phase of a gradual and careful return to office in Singapore from Tuesday,” Hong Kong-based spokesman Edward Naylor said. “Client meetings will resume but in a limited way.”

Citigroup Inc. plans to keep 88 percent of its 8,500 Singapore employees at home until July. “I see benefits in being deliberately slow and measured in our return to ensure their safety and wellbeing,” said Amol Gupte, the U.S. bank’s country officer for Singapore.

United Overseas Bank Ltd. said it will bring workers back to the office gradually over the coming months. It’s using staggered hours, along with split and shorter shifts to manage safe-distancing requirements.

Singapore’s second-largest bank wants to gradually increase office staff numbers to disburse funds to struggling households and small businesses. For now, it’s not planning to reopen the 22 branches that were closed during the restriction period. It will monitor traffic at its 24 open outlets and encourage customers to use digital platforms.

The Swiss bank’s return-to-office plan will initially involve key front-office functions including client-facing colleagues and traders, a spokesperson said. Most employees will continue to work from home for the immediate future.

HSBC Holdings Plc will have 23 percent of its employees in offices as of Tuesday, and will return more in increments as Singapore eases restrictions further, with each wave to be “spread over many weeks,” said Olfert de Wit, country operating officer.