Diversity Policies Have a Direct Impact on Career Progression: Survey 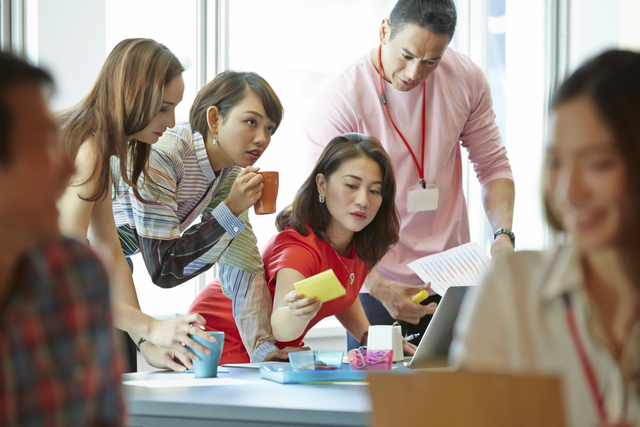 Recruitment agency Hays conducted a survey of nearly 1000 people in Asia to find out if diversity policies have an impact on career progression. 43% said it was a barrier at their organisation while 57% said it was not. Further homing in on survey responses in Singapore found that 45% of respondents believed diversity was a barrier to career progression at their organisations.

Kirsty Hulston, Regional Director of Hays Singapore said, “Considering that 93% of respondents in Singapore said they found a company’s diversity and inclusion policies and progress important, with over half saying it was ‘very important’ when evaluating a job offer, it is concerning to see that 45% of respondents still believe diversity to be a barrier to career progression. Employers should continue to demonstrate their commitment to diversity and inclusion not just by enacting policies, but ensuring they are communicated and adhered to.”

Hays conducted the survey in recognition of International Women’s Day, a global day which celebrates the social, economic, cultural and political achievements of women. The survey was designed to explore the theme of this year’s International Women’s Day, which is #BreakTheBias, stating that whether it’s deliberate or unconscious, bias makes it difficult for women to progress.

Sandra Henke, Hays Group Head of People and Culture, commented on the results of the survey; “The existence of gender bias has been a feature in a number of organisations for some time and positive action has been taken to seek to address this. It’s pleasing to see that progress seems to be being made in that almost half of respondents consider there to be no issue with gender bias within their place of work. However, 42% of those surveyed thought that there was gender bias in their regions. All organisations need to ensure that they are not being complacent when it comes to identifying and addressing the impact of bias.”  Sandra continued, “Unfortunately bias is still very much alive in the workplace. It’s engrained in how many of us think and act toward others, whether we’re aware of it or not. Bias inevitably likely affects our decisions as individuals and understanding that is an important step in eradicating bias within the workplace and wider society. There are a number of ways bias can present itself, so leaders must stay engaged on the topic.”

• Investigate and evaluate bias within your organisation

“Business leaders must inform themselves about unconscious biases and then ask themselves what biases may exist within their company. Initially it might not be obvious that some form of bias is prevalent within an organisation, so speak to a wide range of individuals from within your business and seek their insights into what they conceive to be biases within your organisation.”

“There is an opportunity for organisations to educate their workforce on unconscious bias, by showcasing examples of everyday bias and offering exercises to help demonstrate its impact. Individuals being aware of their own bias is incredibly powerful in being able to tackle the issue as an organisation. There’s also an opportunity to educate your employees on why it’s everybody’s responsibility, not just those who are negatively impacted by bias.”

• Encourage a discussion about bias It’s important that organisations encourage their employees to speak up about bias and create an environment in which people feel comfortable to speak up about their experiences. This is the only way you will learn as a leader and as a business. You can’t eradicate bias without knowing where it exists, and that means opening up ways of communicating and listening.”

“Organisations and business leaders can proactively take positive steps to permanently removing bias from your place of work. Start by providing training on unconscious bias to all employees and then look to set to remove bias from the recruitment process. For example, one step organisations can take is when writing job descriptions, avoid using words that have a masculine connotation.”