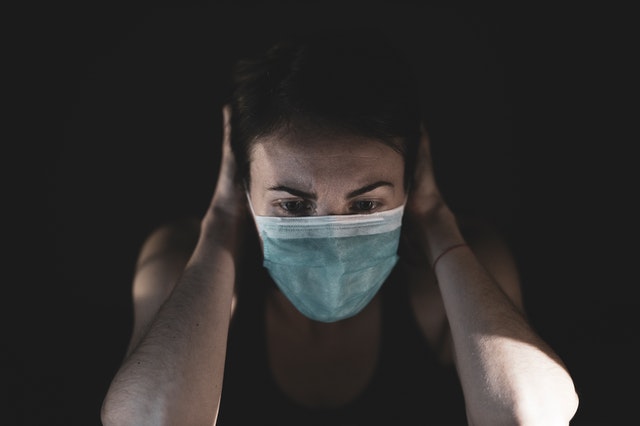 Cigna’s (NYSE:CI) International Markets business, in partnership with Kantar, today published its first Cigna COVID-19 Global Impact Study. Part of Cigna’s annual 360 Well-Being Survey, this research is the first in a new series of studies from Cigna to better understand the global impact of the COVID-19 pandemic on people’s well-being.

Cigna’s 360 Well-Being Survey has tracked perceptions about health and well-being, including an index covering physical, family, social, financial and work well-being since 2014. This edition engaged 10,204 people across China, Hong Kong, Singapore, Spain, Thailand, the United Arab Emirates, the United Kingdom and the United States between January and April 2020 during the COVID-19 pandemic.

The overall Cigna Wellbeing Index score for Singapore remained consistent between January and April 2020 at 57.5 points. The new research suggests that in terms of family, relationships and physical well-being, people in Singapore are managing well, despite the pressure of COVID-19. However, in terms of work, the longer hours many are experiencing due to increased feelings of being ‘always on’ is having a negative impact on work-related stress levels.

Family Well-Being and Other Relationships Benefit from COVID-19

Improved family well-being has been one of the main beneficiaries of the COVID-19 pandemic in Singapore, with respondents reporting stronger domestic ties across the board. In terms of the amount of time people are able to spend with their family, 45% say this has increased, compared to 33% in January, while the quality of time spent with family has also increased, from 31% to 38%.

People in Singapore also feel they are better able to take care of their parents, children and partners. For example, 47% said they were better able to take care of the well-being of their spouse/partner, compared to 31% in January. Overall, 37% of respondents said they had a close-knit family that gives them emotional support, compared to 31% in January.

Family-related stress has also decreased, from 13% in January to just 8% in April. Similarly, stress from relationships outside of the family also fell, in this case from 8% to 6%.

It is not just family relationships that have benefited from the COVID-19 impact. One of the more intriguing results of the survey from a global perspective was a reduction in reports of loneliness. Only 8% of global respondents said they always felt isolated from others in April, compared to 11% in January.

For Singapore the results were mixed, but overall people said they felt more connected and less alone. For example, 43% of people in Singapore said they felt isolated from others, down from 57% in January. Similarly, while 57% in January said that they often felt left out, this dropped to 51% in April. However, in terms of whether they felt there were people they could talk to, the results were less positive, with just 61% agreeing with that statement, compared with 67% in January. Likewise, 54% reported that they felt they had people who really understood them, down from 61% in January.

April Chang, CEO and Country Manager, Cigna Singapore said: “It is encouraging to see that family and other relationships have improved during the pandemic, which could be the result of people spending more quality time together, whether virtually or in person. What is of particular interest is how this coincides with a reduction in family-related stress and a decline in feelings of isolation.”

New Ways of Working Have Negative Impact on Work-Related Stress

While COVID-19 has had a significant impact on ways of working in Singapore, workplace well-being has for the most part remained steady, particularly in terms of attitudes toward job stability, career development and work-life balance.

In terms of work from home protocols, 82% of people in Singapore said they were able to work from home – the highest number out of all markets surveyed. However, while work from home has had a number of benefits, particularly in regard to more streamlined communications with colleagues, the downside is that more people now feel that they need to be ‘always on’ at work – 78% in April, compared to 72% in January. While people say they are working more before and after traditional work hours, and even during vacation time, the impact is most serious at the weekends, with 59% saying they are working at weekends, compared to 47% in January.

This rise in ‘always on’ work culture during COVID-19 has had a direct impact on work-related stress, with 63% saying they felt stressed at work, compared to 58% in January. While overall personal stress levels in Singapore dropped from 78% in January to 76% in April, helped in part by a decrease in family and financial stress, there was a sharp increase in those saying they saw work as a source of stress – from 24% in January to 34% in April.

The physical well-being of people in Singapore does not appear to have been negatively impacted by COVID-19. People are reporting better sleep, more energy and an increase in physical activity.

In terms of sleep, 32% say they are getting sufficient sleep, compared to 26% in January. Quality of sleep has remained steady, with 27% saying they are enjoying good sleep quality, up slightly from 26% in January. At the same time, 25% say they are exercising on a regular basis, up from 23% in January, while 23% are reporting good energy levels, a two percent increase from January. Interestingly, 36% of respondents said they are managing to avoid getting sick, up from 32% in January.

April Chang, CEO and Country Manager, Cigna Singapore added: “In terms of physical well-being, people in Singapore are not reporting any significant adverse impact since the arrival of COVID-19. It appears that people are getting more exercise, are able to manage their wealth and, importantly when it comes to overall well-being, the length and quality of their sleep has improved.”

Dr. Dawn Soo, Head of Wellness, Cigna International Markets added: “In Singapore, we saw more than an 80% increase in tele-consultations via our Cigna Virtual Clinic during January, February and March of this year. Furthermore, since January, the number of virtual health appointments attended by our customers across Cigna International Markets has increased 6-fold, from 233 in January to 1,438 in April. We believe this is a permanent shift and are investing in new, integrated health solutions that help people manage their health, both mind and body, and provide treatment when and where it is needed.”

The study was conducted using an online survey, with respondents recruited from online panels and undergo rigorous quality control. Age, gender and residing city quotas were set based on the population proportion of respective markets. The research was conducted between January 10 and February 24 and; April 22-27. 8,983 online interviews were conducted in January and 1,221 in April across 8 markets and the 20 to 25 minute survey was completed anonymously.

Read also: Over 1 in 2 Employers Won’t Rehire the Same Workers when Lockdowns Lift