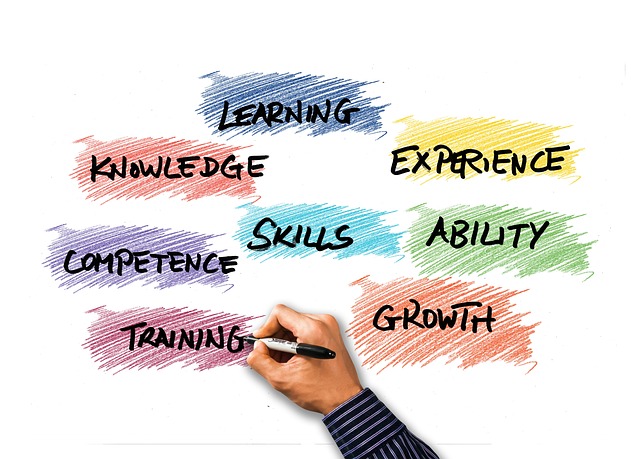 The task of reskilling millions of workers may feel overwhelming. According to World Economic Forum’s report, by 2022 alone, 75 million jobs will probably be displaced across 20 major economies, while 133 million new ones will spring up in industries that are only just gaining traction. At the same time, it’s estimated that nearly two-thirds of children who started school in 2016 will go on to have jobs that don’t yet exist.

So how can we adequately prepare tomorrow’s workforce at the same time as retraining the hundreds of millions of people whose work is evolving?

While it’s easy to think of digital skills as ones taught in the ICT suite at school or college, technological literacy in the broadest sense is what matters.

To make sure our workforces are truly equipped for the jobs of tomorrow, we need a wide-ranging development of these skills, among customers, parents, teachers and older people, as well students and new graduates.

As technology remoulds our everyday, it also unlocks new ways to impart these skills. For example, BT’s Skills for Tomorrow platform offers free online or face-to-face courses to everyone from small- business owners to teachers and parents.

And it’s not just digital skills that need to be fostered. Study after study shows that while technology will alter many roles directly, it’s also set to have indirect effects. As demand for mathematics, computing and data analysis grows, so too will the need for human attributes 5 like creativity, critical thinking, persuasion and negotiation.

Employers that understand this wholesale change in skill requirements are ahead of the pack. Nurturing staff for the long-term and equipping young people with the tools they need to progress becomes more important in a working environment that’s in flux. That means we need strong cultures that promote mentoring and the development of so-called soft skills.

With most roles and jobs likely to become less defined and more fluid, continuous retraining and upskilling can make sure staff are ready to take advantage of new opportunities as they arise. There’s also a place for reverse-mentoring, with recent graduates able to help and support senior executives as they make sense of the forces reshaping their businesses.

Training on the job could become more important than traditional routes. Companies including Apple, Google and IBM are among many shifting away from requiring college degrees for employment. At BT, you can get your degree while working as a cybersecurity apprentice, gaining real business experience, while also learning about security, identity, vulnerability and risks in the digital age.

See also: 120 Million Workers Need Reskilling as a Result of AI and Automation

Programmes like these can help bridge another of the digital divides: the gender gap. Fewer women than men work directly in ICT roles in almost every country in the world. And a European Commission report found women to be less interested in digital-sector higher education, jobs or
entrepreneurship.

We all need to take responsibility for challenging these stereotypes, promoting education and advocating for female entrepreneurs, so this gap closes rather than widens as the Fourth Industrial Revolution takes hold. Here, relatively small initiatives can make a big difference. Code First: Girls 11 offers free four-month-long coding programmes to women of any age, and gives them a job interview once they’ve completed the course.

This is just one example of how the technology sector is already working to address the issue. There are many other initiatives, all with the aim of encouraging women’s employment in digital and making sure the revolution takes all members of society along with it.

And while each of these schemes has its individual merit, there’s a growing recognition that bridging the skills gap can’t be done via thousands of different company and government initiatives. Public and private partners are waking up to the idea that working together will generate far more
sustainable and scalable solutions.

Some partnerships are already in place. Future.now is a new coalition of leading companies, including BT and Lloyd’s Banking Group, as well as civil society groups working in collaboration with government to boost the UK’s digital skills initiative. It seeks to bridge the divide between the plethora of digital courses on offer and the lack of people taking them up – whether that’s because they don’t know where to start, lack motivation, or are confused by the range of options.

Elsewhere more than 20 multinational companies, including Facebook, Microsoft, Nestlé, BT and Vodafone, have joined up as founding members of the Global Alliance for YOUth, which prepares people for the professional world.

While these initiatives must be fostered and applauded, we need to go further and integrate more.

That’s because we’re at the tip of the skills-gap iceberg and the mismatch may be far more wide- ranging than we think. Within 20 years, 90 percent of all jobs will require some digital skills. New needs are emerging all the time, not just in obvious spheres like cybersecurity and big data, but also in areas like ethics, regulation and privacy.

In its new Davos Manifesto, the World Economic Forum emphasises how companies, governments and civil society need to come together, harnessing their core competencies in collaboration to improve the state of the world.

Now is a great moment to take stock of where we are and call for an end to isolation and working in silos. Executives at every level, and in every industry, must seize this moment to cement their legacy and ask: how can my organisation do more? And who can we join forces with to best equip our citizens for the workplace of tomorrow?

See also: ﻿The Differences between Reskilling and Upskilling

Connect with her on LinkedIn.