Why Are Recruiters Worth What They Charge? 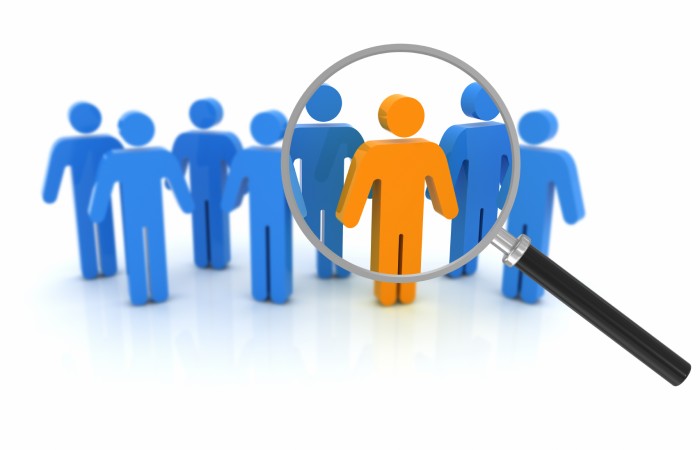 Recruiting fees can vary from one firm to firm and from one independent contractor to another. Generally, recruiters who charge low exclude some key ingredients of the recruitment process. These ingredients of the recruitment process are usually vital to get the best candidates on the market. However, does this mean high charge recruiting fees always deliver the best?

Here are a few of the often unspoken reasons why recruiters charge differently, according to ERE net:

Expertise – Nobody knows the employment marketplace better than a professional recruiter. In-house human resources, no matter how effective, view the marketplace through an imperfect or misrepresentative prism and tunnel vision is their occupational hazard.

Just as physicians are cautioned against treating members of their own families, so too is it folly for an in-house H/R professional to believe that they have an undistorted and unbiased picture of the employment landscape. They are vulnerable to the pressures of internal politics and cultural dimensions which do not hinder the outsider.

Street-smart recruiters already know the neighbor-hood, including the unlisted addresses so often overlooked by the HR insiders.

Cast a wider net – A professional fisherman will always have more to show than a weekend angler. Recruiters are in the marketplace day in and day out. They know the unfinished coves, reefs and inlets that are unknown to others. The job-hunter bookshelves are filled with lore about the ‘hidden job market.’ The same holds true for professional recruiters who have a detailed road map to the hidden talent sources which will never be accessed by newspaper ads, alumni associations, applicant databases, the Internet or any of the other more familiar sources of people.

There are occasional pearls through these sources but employers have to shuck an awful lot of smelly oysters to find them. Recruiters only give employers oysters proven to contain pearls. Your only job is to determine which pearl is the best.

Want to catch what you’re fishing for? Hire a guide!

Cost – There is a misconception among employers that the cost of a hire equals the cost of the ads run to attract the person hired. Nothing could be further from reality.

Try adding these to the true costs and you’ll see just how cost effective an outside recruiter can be:

Salaries and benefits of the employment/recruiting staffs plus those of the line managers involved in the hiring activity (who are not productive in their normal job pursuits when they’re out recruiting); travel, lodging and entertainment expenses of in-house recruiters; source development costs; overhead expenses including (but not limited to) telephone, office space, postage, PR literature, applicant database maintenance, Internet access, reference checking, clerical costs to correspond with the hundreds of unqualified respondents, etc.

See also: A Career to Consider After Years of a Recruiter Journey

Unbiased third party input – Contrary to what some believe, recruiters don’t try to put square employees into round jobs. A recruiter’s stock-in-trade is their integrity and their reputation for finding someone better than a company could have found for themselves.

For a mid-level to senior executive, the average recruiter might develop a ‘long list’ of a hundred or more possibilities. Each must be called and evaluated against the position specifications as well as the personality ‘fit’ with the company and the people with whom they will ultimately work. Once this is winnowed down to the ’short list,’ an even more intensive interviewing process begins to narrow the search to a panel of finalists for review by the client.

This process is not, as some believe, simply romping through the file cabinets, job boards or putting the job opening out to others on the recruiter’s network with crossed fingers that someone good will show up.

It is highly unlikely that a professional recruiter will be plowing brand new ground with your opening. They deal within spheres of influence far more familiar with your needs than any internal recruiter and, more often than not, view the finalists as people who are competent to solve client problems rather than just fill an open slot in the organizational chart.

Because they want to do business with you again and again, they are looking for (and challenging you to excellence by hiring) the ‘truly exceptional’ rather than the ‘just satisfactory’ so often settled for by in-house hirers.

Confidentiality – Advertising or otherwise publicly pro-claiming an opening, aside from its cost and demonstrated ineffectiveness for sensitive senior level openings, often creates anxiety and apprehension among the advertiser’s current employees who wonder why they aren’t being considered or worry about newcomer transition problems. Just as often it alerts competitors to a current weakness or void within the company.

Speed – The recruiting process is always faster through a search professional who is continually tapped into the talent marketplace than one having to start the process from scratch. For every day that a key opening remains unfilled, a company’s other employees must grudgingly do double duty. And this doesn’t factor in the profit opportunities or competitive advantages lost to a company because a position remains unfilled or done on a part-time basis by others less qualified.

Post-Hire Downtime – Not only is speed an essential part of the professional recruiter’s process, the ability to locate a person who can immediately ‘hit the ground running’ with a minimum of ‘ramp-up time’ saves time after the hire. All too often, a hire selected through less effective sources, offering a smaller talent pool, requires several months of expensive training and orientation.

Reality – Professional recruiters often recognize and have a duty to inform clients that they might be mistaken as to the type of person sought, the salary required to attract them or the possibilities that the solution might just lie in areas outside the traditional target industries . . . something an internal recruiter is politically disinclined to do. Too many hirers fail to understand that a professional recruiter’s pr i-mary function is not necessarily to fill a slot but to provide the right candidate to solve a problem.

Negotiation – Master negotiator Herb Cohen says that ‘negotiation is the analysis of information, time and power to affect behaviour . . . the meeting of needs (yours and others) to make things happen the way you want them to.’ As a buffer and informed intermediary, the professional recruiter is better able to blend the needs and wants of both parties to arrive at a mutually beneficial arrangement with-out the polarizing roadblocks which too frequently materialize in face-to-face dealings.

Prioritizing company resources – It is often amazing to see how much of a company’s revenues are squandered on non-productive perks for existing high-level employees while they penny-pinch on what is every company’s life-blood . . . talent acquisition.

Club memberships and the like might be fine, but no one with an IQ higher than Forrest Gump’s believes that these expenditures contribute to a company’s profit margin. But one well-placed employee can be the cause of a company’s profits skyrocketing. And the fee for having hired these people pales in insignificance when compared to the contributions they make to the bottom line.

The next time you think a recruiter’s fees are too high, put them in the proper perspective before asking for that bargain Blue Light special or spinning your wheels thrash-in about trying to fill vital openings with less effective (but not necessarily less expensive) do-it-yourself methods. Savvy executives learned long ago that the fee paid to a recruiter is a shrewd strategic investment, not an extraneous expense.

Read also: Recruiter Tips: How to Avoid Being Jilted by Candidates