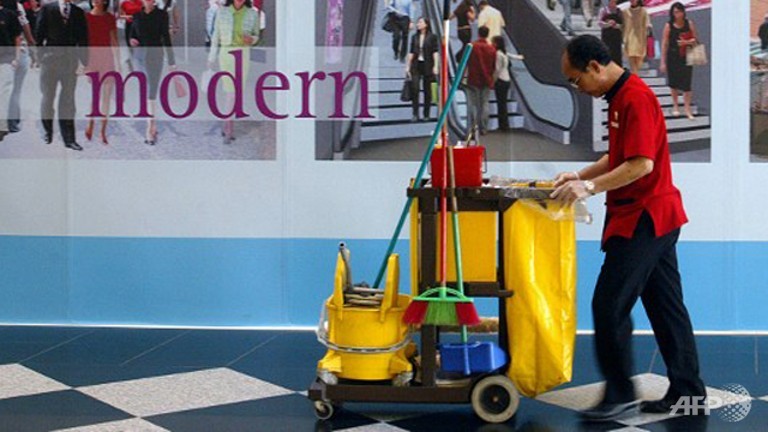 The survey by the National University of Singapore’s Social Work Department showed that those who need money want to work and that there are jobs available for them.

The survey, which seeks to examine Singaporeans’ attitudes toward poverty, also showed that Singaporeans are willing to accept higher taxes if it means more help for the needy.

It has been reported that there are more than 300,000 Singaporeans and Permanent Residents who earn less than S$1,500 a month, excluding employer CPF contributions, despite working full-time.

Associate Professor Hui Weng Tat of the Lee Kuan Yew School of Public Policy said: “We do have a problem, because we do have a large number of households who are earning income in the lower end, not having enough to cover their household expenditure, especially at the lower 20 per cent.

“If you look at the household expenditure survey data, there has been an increasing gap between what they receive and what they spend.”

The study released on Tuesday showed that 66.4 per cent of respondents said there are jobs available for aid recipients who want to work. However, 85 per cent said these jobs are not paying enough for them to support a family.

Among the reasons is the fact that about 90 per cent of the one million jobs created in the last decade are from the services sector, which observers say are lowly paid to begin with.

Associate Professor Irene Ng from the National University of Singapore’s Social Work Department said this bodes well for Singapore, as it shows citizens’ willingness to support and do more to uplift the lives of the low-income within the community.

“In Singapore, we don’t have a recession, we also don’t have a budget deficit. In fact our budget is healthy, so we have an opportunity where we can take hold of, where the government can lead the rest of us and partner together to do more for the less fortunate here,” she said.

Assoc Prof Ng also cited factors such as globalisation and the widening income gap, which have led to stagnating wages for Singapore’s poor.

Meanwhile, experts at a forum discussing poverty issues in Singapore on Tuesday made a call for a minimum wage in Singapore. They said it was one way to force companies to pay workers decent wages.

Speakers argued their case for a minimum wage system in Singapore, saying that social transfer alone by the government is not enough. They said there needs to be a sustained effort for companies to pay workers here decent wages.

They added it goes beyond just waiting for productivity efforts to bear fruit even as they agree that’s one way to raise real wages in the long-term.

Laurence Lien, chief executive officer of National Volunteer & Philanthropy Centre, said: “I don’t think our efforts for increasing productivity have borne much fruit today because companies do not have to do it. They do not have to train workers or invest in new systems but if you force them to pay a higher wage, they will have to.”

Singapore already has the Workfare Income Supplement (WIS) scheme, in which the government subsidises the wages of a low income worker. The government has said this is a form of minimum wage for the country.

However, participants questioned if it has the desired effect.

Assoc Prof Hui said: “The WIS is a supplement from the government, from taxpayers’ money to the employers. As a result, employers do not have any incentive to upgrade the skills of the workers because they are still paying the same low wages as before.

He also suggested that the government look at a recipient’s per capita income, taking into account, for example, the number of dependants instead of individual income when calculating WIS payouts.

He said a minimum wage system will then complement the WIS.