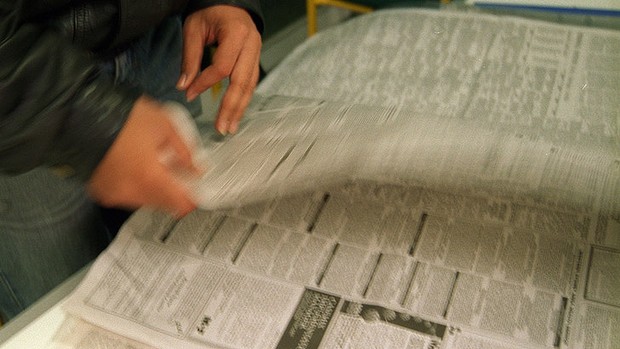 Australia’s unemployment rate stayed flat at 5.8 per cent, with 4,800 jobs lost from the local economy.

Economists had forecast the unemployment rate to stay flat at 5.8 per cent, with 10,000 jobs added.

Full-time positions rose by 22,000, but part-time jobs fell 27,000, the Australian Bureau of Statistics published on Thursday.

The Australian dollar eased slightly at 93.75 US cents.

”If we’re in a world of relatively low volatility then the currencies that are very well supported by that are the ones that are relatively high absolute yield and rate levels, and that’s Australia.”

NSW’s jobless rate increased to a seasonally adjusted 5.7 per cent in May, from 5.4 per cent in April, while Victoria’s unemployment rate fell 0.2 percentage points to 6.2 per cent.

Unemployed in both Queensland and Tasmania slipped 0.1 percentage points to 6.2 per cent and 7.5 per cent respectively.

South Australia recorded the largest increased in its jobless rate, pushing up to 6.8 per cent in May, from 6.2 per cent in April. Western Australia’s unemployment rate crept up 0.1 percentage points to 5 per cent.