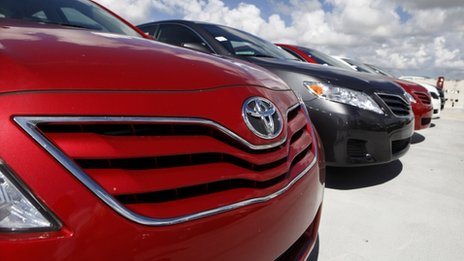 Toyota Motor Corp. said Monday it has suspended production at its two auto assembly plants in southern India in response to threats against management and “deliberate” assembly-line stoppages after efforts to hammer out a labor deal have failed.

The world’s biggest automaker said the move will see about 6,400 employees locked out at the factories located near the city of Bangalore.

Company and union officials have been trying to sign a new contract for the past 10 months, with the local government helping mediate negotiations.

“In the meantime, under the instigation of the union, certain sections of the employees have resorted to deliberate stoppages of the production line, abuse and threatening of supervisors, thereby continuously disrupting business for the past 25 days,” Toyota said in a statement.

“All these unlawful activities have been detailed in the lockout notice. With this background, the company is left with no other option but to declare a lockout of the premises to ensure the safety of its workers and management personnel,” it said.

A Tokyo-based spokesman said Toyota hopes to restart production quickly but can’t give a timeline for re-opening the plants, which make a range of models including the flagship Camry sedan, the Corolla and the Prius hybrid.