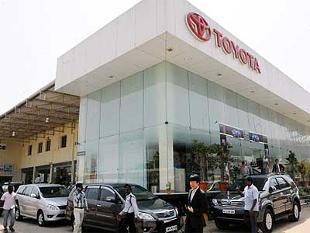 BANGALORE: Employees at Toyota Kirloskar Motor’s two plants at nearby Bidadi said they have not resumed work after a lockout was lifted today because the management is insisting they sign an undertaking on good conduct.

“We have not resumed work today. We had said the company should lift lockout unconditionally and we will not sign any undertaking as desired by the company,” Toyota Kirloskar Motor Employees Union (TKMEU) President Prasanna Kumar told PTI.

“We had gone there…but they have not allowed us in. They are insisting that we have to sign the undertaking,” he said.

Asked about the next step the union would take, he said, “We are meeting the Chief Minister, seeking his intervention.”

Toyota Kirloskar Motor had on Thursday announced its decision to lift the lockout implemented on March 16.

“Consequent to our decision, the team members are welcome to resume work with effect from March 24 after signing a simple undertaking on good conduct,” the company said in a statement.

The TKMEU general body met on Saturday and said they were ready to resume work on March 24 but would not sign any undertaking. The union had also sought withdrawal of suspension of some employees.

Toyota Kirloskar Motor, a subsidiary of Toyota Motor Corp of Japan, had declared the lockout following failure of talks between the management and the union on wage negotiations.

The union is demanding a wage hike of Rs 4,000 as against Rs 3,050 proposed by the management.