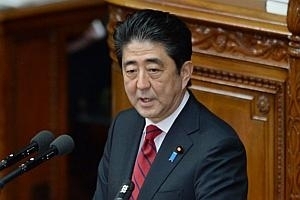 [TOKYO] Japan’s barriers to foreign labour are showing signs of cracking as preparations for the 2020 Tokyo Olympics threaten to exacerbate the worst shortage of construction workers in almost 20 years.

Curbs on visas for foreign blue-collar workers may be loosened, Chief Cabinet Secretary Yoshihide Suga said on Jan 24. More than 25,000 labourers will be needed for stadiums, arenas and other Games facilities, Tokyo’s government estimates, adding to demand from earthquake and tsunami rebuilding.

Japan’s shrinking population may pressure Prime Minister Shinzo Abe to open the door wider to workers from abroad as part of his drive to sustain a revival of the world’s third-biggest economy. Mr Abe is up against a culture that has valued homogeneity, with foreigners accounting for only about one per cent of the labour force, compared with 36 per cent in Singapore.

“Foreign workers are needed to boost potential economic growth,” said Masamichi Adachi, a senior economist at JPMorgan Chase & Co in Tokyo. “However, ordinary Japanese people are afraid that foreign workers will take their jobs and cause wages to fall.”