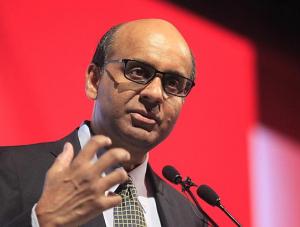 Singapore’s next phase of economic restructuring must be driven by transformations in small and medium enterprises (SMEs), readiness for jobs, and social norms, said Deputy Prime Minister Tharman Shanmugaratnam on Wednesday.

Explaining the three-pronged approach in his Budget wrap-up speech, Mr Tharman said that productivity boosts cannot be achieved using “shock therapy”, when companies are allowed to fail and jobs are lost.

Instead, systematic steps to transform the economy at a steady clip should be taken while ensuring that jobs are not affected.

The first step in economic restructuring is to help SMEs upgrade, said Mr Tharman, who is also Finance Minister.

The Government will continue to give “substantial assistance” to SMEs. Some help schemes will be given liberally, but “more questions will be asked” when cash is handed out because there can be abuses, he pointed out.

Besides firms, the Government will also help Singaporeans get ready for jobs in the future, including giving secondary school and tertiary students career counselling and putting them on job attachments.

This will prepare them for jobs that are created in the future, many of which will involve handling and using technology, Mr Tharman said.

The third front is to bring about a broad shift in societal values. The minister cited two examples where social norms need to change: To have seniors keep working not because of the tight labour market or for financial reasons, but for them to preserve their “self-worth”; and for consumers to accept self-service as a norm.

He cited the example of the banking sector where self-service modes such as automated teller machines and Internet banking are widely-accepted, but singled out the real estate sector and said self-service there can be improved to levels in overseas countries.

The three-pronged approach will help Singapore make the economic transformation without the pain of job losses, said Mr Tharman.