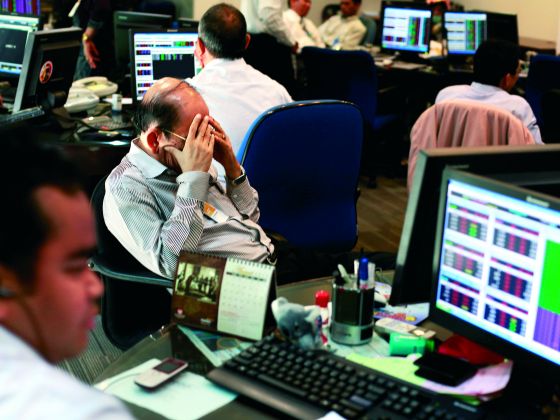 SINGAPORE — There are nights when 27-year-old financial consultant Nicole lies in bed, tossing and turning for hours, waiting for sleep to provide a temporary release from the stress of hitting sales targets and chasing new customers.

“On average, we need to meet about 15 clients every week. Many of these appointments last until 11pm or midnight, because most clients can only meet after working hours,” said Ms Nicole, who works at one of the largest insurance companies here and declined to provide her full name. “That’s how it is: Time equals income in my line of work. If you don’t clock the hours, you should start worrying.”

A 28-year-old relationship manager at a global bank here, who wanted to be known only as Mr Goh, painted a similar picture of a pressure-cooker existence dominated by worries about his job.

“The bank, the clients — everyone is very demanding these days. Nobody can swallow investment losses, even though you’re bound to win some and lose some,” he told TODAY. “Working from 8.30am until 9pm is the norm for me as I typically meet my clients in the evening and often on weekends.”

The hours might seem long, but are unfortunately de rigueur across the banking and financial sector.

And for a small number of people, that pressure may have contributed to them seeking an extreme way out.

In London in January, William Broeksmit, a recently retired Deutsche Bank Risk Executive, was found hanged in his home, while Gabriel Magee, a 39-year-old Vice-President of Technology Operations at JPMorgan, allegedly jumped off the firm’s European headquarters.

Even though there have not been any reported suicides by financial professionals in Singapore and issues at work may be only one of many contributory factors to the recent deaths, dealing with overworked and overstressed employees is a very real challenge for the industry here, eFinancialCareers’ Asia-Pacific Managing Director George McFerran told TODAY.

“It’s long been accepted that working in financial services can be potentially stressful, depending on the roles individuals are put (in). That’s especially the case for investment bankers. It’s a very client-driven business and very competitive too. Clients may want their work done soon and done well or they’ll just move on to other organisations that can give them that service,” he said.

“Also, Singapore is a global financial centre. That means people work as part of a global team and serve global clients. A phone call to New York, for example, can only happen between 8pm and 6am,” he added.

Reflecting these conditions, 78 per cent of the 1,738 banking and financial services professionals polled in Singapore in an eFinancialCareers’ survey are working over and above their contracted hours. Eleven per cent clock more than 60 hours a week and 37 per cent have been woken up at night by work-related phone calls.

“So in recent times — and regardless of the reported suicides — banks have been trying to reduce the stress levels for their employees. This is in part due to the fact that they need to make themselves an attractive employer in order to get the best talents in the already tight labour market here,” Mr McFerran said.

Banks TODAY spoke to acknowledged such concerns, stressing their focus on encouraging a work-life balance and pro-family culture as they seek to develop a less stressful working environment.

“In Singapore, there are few industries that don’t demand hard work. Being dynamic and extremely competitive, the financial industry is no exception,” said OCBC’s Head of Human Resource Planning Jacinta Low. “We want to create a working environment where employees can build a career with OCBC and lead a meaningful personal life.”

OCBC launched its work-life balance programme in 2004, under which employees are given the opportunity to have more flexible working hours.

It also launched the Primary School Leaving Examination Leave Scheme in 2012 to allow parents to carry forward up to three weeks of leave so they can support their children during the stressful exam period.

Elsewhere, Standard Chartered’s initiatives include allowing unpaid sabbatical leave of between three and 12 months, as well as an employee assistance programme that offers support for both personal and work-related issues.

“All our employees are also required to take block leave every year for, typically, two weeks. During this period, they are encouraged to be uninterrupted by work-related matters or communication,” its spokesperson said.

And because investment banking operations can be especially demanding, Citi issued new guidelines globally on working hours for investment bankers in February, including an order for analysts and associates to be out of the office by 10pm on Friday and not return until 10am on Sunday.

“The management takes a strong stand on this issue and compliance with these guidelines is tracked and reported to senior management on a regular basis,” said Citi Singapore’s Head of Human Resources Evangeline Chua.

Despite the attention on this front, banks still have their work cut out for them, Mr McFerran noted.

“It’s tricky because financial institutions usually are considered much more conservative, and then you hear stories about Google having slides in the middle of its office,” he said. “Historically, this is an industry that can attract people with its high pay. Now they’re having to make concessions — but it remains a work in progress.”