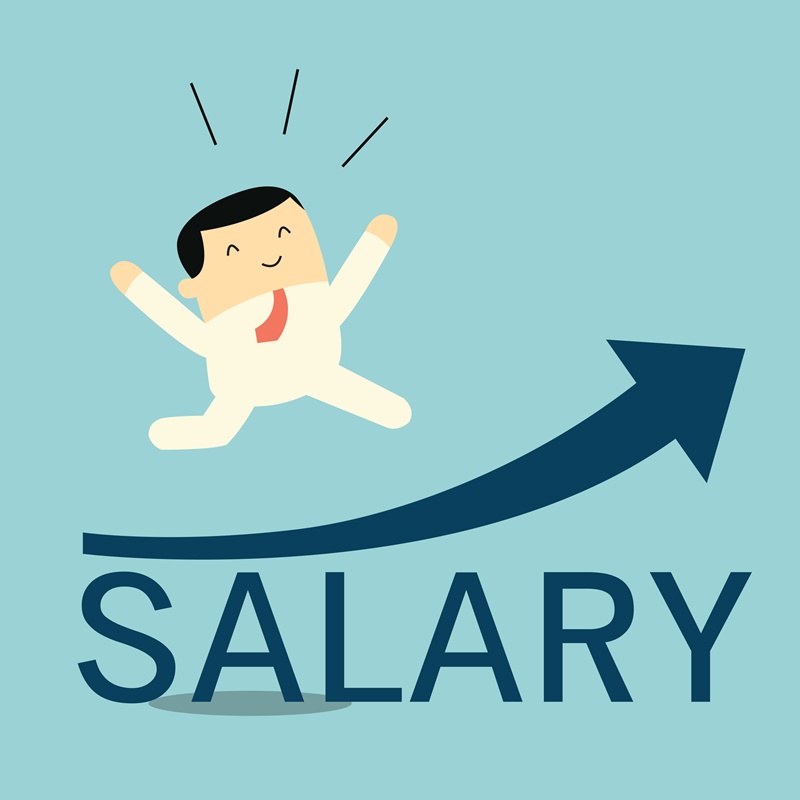 In Asia, salaries are forecast to increase by 5.6 , up from 5.4 last year. Inflation-adjusted real wage increases are expected to be 2.6 , the highest globally, but down from 2.8 last year. China’s real-wage forecasted growth for 2019 weakened at 3.2 , down from 4.2 last year. Japan saw a real-wage prediction of 0.1 for 2019 compared to the 2018 1.6 . While growth in Asia is easing slightly, India, Vietnam and Singapore are an exception to the rule.

Singapore’s service-driven economy remains hungry for highly-skilled workers, keeping the pressure on wages. “We’ve seen changes in the market drive the highest base salary movements in the oil and gas sector (at 4.0 percent), as well as transportation, hi-tech, chemicals and public sector (all at 3.0 percent), while we saw the lowest changes in the industrial goods sector (close to 2.0 ),” said Mirka Kowalczuk, Head of Pay and Engagement Delivery, APAC, Products Group, Korn Ferry.

However, the study also reveals that while a staggering 38 percent of organisations in Singapore indicated a scarcity of talent within the engineering function and 29 within the information technology function, salary increases for employees within these functions receive a mere 2.8 to 3.4 increase, in line with the general market increase instead of an expected salary premium the lack of talent shortages for these roles.

This year’s study also looked at the correlation between performance ratings of employees and variable bonus pay-outs. While average variable bonus payment trends paid out by organisations across industries in Singapore increased to an average of 2.2 months compared to a slightly lower payout of two months last year, results from the study show that there is little differentiation in terms of actual bonus payouts between an employee who receives an above or below expectation performance rating.

“The percentage of salary and variable bonus increase or decrease will vary by role, industry, country and region, but one thing is clear, on average, the conventional approach of a one-size-fits-all solution to performance management, still dominates the Singapore general market,” said Farhan Mahmood, Client Director, Singapore, Products Group, Korn Ferry. “In a market, finding the right balance of rewards and benefits, workplace environment, flexibility and career development, will increasingly become a key differentiator.”

Mirka Kowalczuk added, “Compensation programmes need to be regularly reviewed to make sure they align with changing business and market conditions. While inflation indices are a solid benchmark for reviewing market trends in pay, we recommend that companies take a broader perspective by defining and agreeing upon their own measures of cost drivers, business strategy and local trading conditions as part of their talent acquisition and retention strategy.”

Smaller Real Wage Increases Across Most Parts of the World

Globally, real-wage salaries are expected to grow only an average of 1.0 percent in 2019. This is down from a 1.5 percent prediction for 2018.

According to the Korn Ferry forecast, employees in Eastern Europe are set to see an average salary increase of 6.6 percent in 2019. After taking inflation into account, real wages are forecast to rise by 2.0 percent, which is up from 1.4 percent last year. In Western Europe, workers are expected to see lower wage increases, with an average increase of 2.5 percent, and inflation-adjusted real wage increases of 0.7 percent. This is down from the predicted 0.9 percent real-wage growth of last year.

Wages are predicted to 2.5 in the United Kingdom. Combined with a 1.9 inflation rate, real wages are expected to increase by 0.6 . This is up more than a percentage point from when wages were predicted to decrease by -0.5 . Employees in two of Europe’s largest economies, France and Germany, are forecast to see real-wage rises of 0.5 and 1.0 respectively.

In North America, the average salary growth is predicted to be 2.8 percent in 2019, and when adjusted for inflation, the real-wage growth is expected to be 0.6 percent.

In the United States, an average 3 pay increase is predicted, which is the same as last year and the year before. Adjusted for the expected 2.4 inflation rate in 2019, the real wage increase is forecast to be 0.6 , down from last year’s 1.0 . Canadian workers will see salaries increase by 2.6 , and with inflation at 2.0 , will also experience real-wage growth of 0.6 .

Although top-line salaries will increase by 7.7 percent in Africa, high inflation means the real increase is predicted to be only 0.9 percent. In Egypt, salaries are expected to increase by 15 percent, but a 14.4 percent inflation rate means employees will only see a 0.6 percent real-wage increase.

Employees in Latin America are forecast to see a 4.6 percent gain in wages. With inflation, the real-wage increase in the region is expected to be 1.3 percent. This is down from 2.1 percent real-wage growth predictions from last year.