Singapore is 10th most attractive city for work 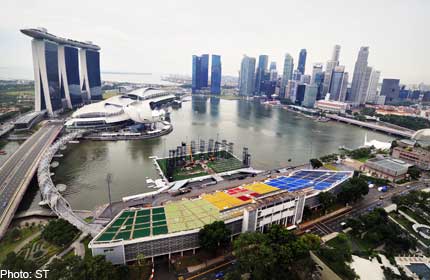 Singapore has been placed 10th among the most attractive international cities to work in, but ranked 13th in the country category, according to a global survey of student career preferences upon graduation.

The International Mobility Benchmark, created by employer branding specialist Universum, is based on a survey of 4,300 students.

Its latest survey found that when offered a job, students considered the US the most attractive country, followed by the UK and Australia, despite Asia being the world’s largest growth market.

The only other Asian country in the top 10, apart from Australia, was Japan, which was ranked ninth. China, which includes Hong Kong, was in 12th position, just ahead of Singapore.

Where cities are concerned, New York was in pole position, trailed by London and San Francisco. Sydney and Hong Kong took the fifth and eighth spots.

The results of the survey were consistent with a similar study done by Universum five years ago.

The survey also found that job opportunities were the most important factor determining the attractiveness of a place to live.

Adding to the allure of working in a place are hopes of a higher salary and the amount of time spent commuting to work.

“While cities like New York and London remain attractive for international talent to relocate to for their careers, the woes of commuting in some of these big cities can be frustrating,” said Joakim Ström, Universum’s managing director for Asia Pacific.

“Even in a small city like Singapore with good transport infrastructure and the amount of time spent commuting being relatively shorter, employers should remember that work-life balance is the No 1 career goal among these millennial talents, men or women.”

He warned that employers who do not consider creative or flexible approaches to address such concerns among their workforce will lose out in the long run.

The globalisation of business has led to a heightened desire to have an international career, Mr Ström said, adding that in order to succeed in the war for talent, employers have to identify what matters most to employees and meet those expectations.