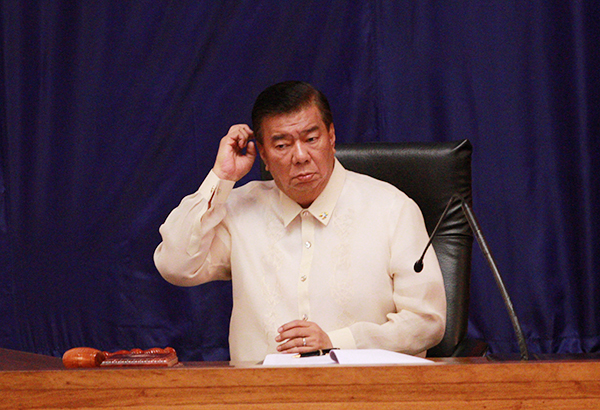 MANILA, Philippines – Senate President Franklin Drilon played Santa this month as he gave out P1,000 each for every year of service to about a thousand employees as the upper chamber celebrates its 98th founding anniversary.

The anniversary bonus is separate from the annual Christmas bonuses that Senate employees receive every year.

“That’s part of the savings of the Senate on unfilled positions. This is not a new grant, this is what I followed from my predecessors,” Drilon told The Star in an interview.

While some employees were grateful for their additional bonuses, others said it would have been better if the Senate president increased the amount from the regular P1,000 allocated for each year of service.

Drilon, meanwhile, assured that there would be no special bonuses this year for him and the other senators, a practice which he apparently did not adopt from his predecessor, Sen. Juan Ponce Enrile.

In his speech, Drilon assured Senate employees that the public has started to notice the Senate’s efforts to pursue its zeal of excellence noting the most recent Social Weather Station (SWS), where the upper chamber got the greatest overall performance rating improvement of 18 points, higher than all other government institutions covered by the survey.

“We need to grab this opportunity and show our people that indeed, the Senate is worthy of their trust,” he said.

Drilon said the institution “expects nothing from you but hard workm unwavering dedication and relentless pursuit of excellence.”

On the performance of the Senate during the first regular session of the 16th Congress, Drilon admitted that it was a difficult period since “we were badly bruised from the constant public beatings because of the PDAF controversy.”

“Our institution did not break or implode as some critics predicted. It emerged from the crisis with a stronger resolve to give the best service possible to the nation and the Filipino people,” he said. “We seized and turned it into an opportunity for introspection and reforms that would lead us to a higher level of public service,” he said.

Three members of the Senate, including Enrile, Jinggoy Estrada and Ramon Revilla Jr., were all arrested for their alleged involvement in the multi-billion pork barrel fund scam.