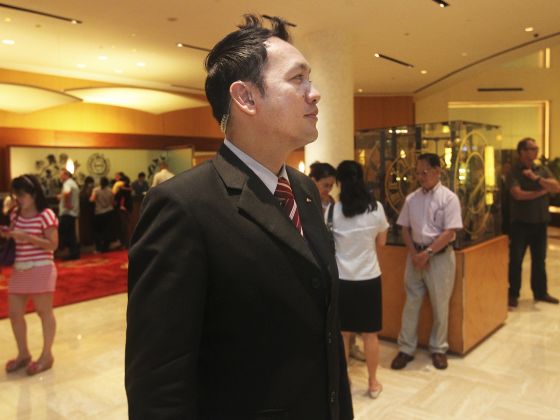 SINGAPORE — Come September 2016, security officers will see basic starting monthly wages increase by about one third and clearer pathways for training and career progression, when the Progressive Wage Model (PWM) is adopted as a licensing requirement for the security sector.

The Government’s move to mandate the model as part of licensing requirements — in line with recommendations by the Security Tripartite Cluster (STC) — comes after months of foot-dragging by the sector in adopting the model, as concerns mounted over cheap sourcing and long overtime hours.

It comes two months after a mandatory licensing scheme — of which the PWM is also a requirement — came into effect in the cleaning sector.

Speaking today (Oct 29) after the release of the STC’s recommendations, NTUC assistant secretary-general Zainal Sapari said the model would have a spillover effect on the part-timers. “More importantly, what we are hoping for, (is that) it will attract licensed security officers that are not working in the security industry to actually come in.”

Mr Singh, who is president of the Union of Security Employees, said there is an increasing trend of security officers switching from full-time to part-time work as they prefer the flexibility and work-life balance, worsening the manpower shortage. A typical shift for a full-time officer is about 12 hours.

He hopes the recommendations, which aim to provide better pay and working hours, can draw younger workers to the workforce and rejuvenate the industry.

The new five-level career progression model will have specific training requirements pegged to the Singapore Workforce Skills Qualifications framework for the security sector. The STC has recommended a starting monthly basic wage for security officers of S$1,100, which can increase up to more than S$1,700 as an officer becomes better skilled, more productive and takes on more responsibilities.

The Government had announced in January that the PWM would be made mandatory for the cleaning and security sector, which had long been plagued by stagnant wages. However, security firms had resisted the move, leading to long-drawn negotiations over the level of wages to be set for each level of the PWM, and the accompanying training criteria. Employers also said it was a challenge freeing up staff for training because of a shortage of manpower.

Taking into account feedback from industry players, the Government has provided a lead time of two years — until September 2016 — for the industry to comply with the PWM training and wage requirements.

“Security agencies and service buyers are encouraged to factor in any anticipated cost increases when tendering for new contracts or renewing existing contracts,” said the Ministry of Home Affairs, the Ministry of Manpower, the Singapore Workforce Development Agency and the police in a joint statement.

The PWM, said Mr Zainal, would ensure there will be a baseline for wage-setting when security firms bid for contracts. The model will also offer a career path for security officers where the salary earned will commensurate with level of responsibility, productivity and training received, he added.

Security agencies that do not comply with the requirements may not have their licences renewed. More details on the new licensing condition will be released next year.

Other recommendations by the STC — released in a report today — include making working hours more sustainable. It is considering recommending measures to reduce overtime hours to the permissible 72 hours under the Employment Act in 2017. On average, security officers currently clock up to approximately 95 overtime hours each month.

To help the sector enhance their productivity and adopt the PWM, the Employment and Employability Institute has launched a new S$5 million Inclusive Growth Programme, to help fund productivity projects.