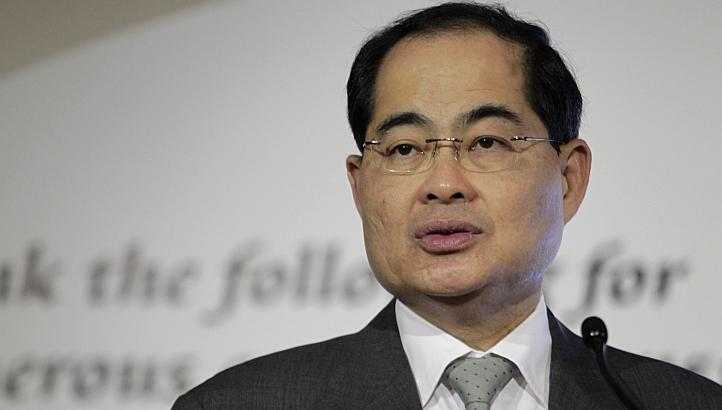 “Regional integration is an imperative,” he told about 400 senior executives of large corporations, small and medium-sized enterprises (SMEs) and financial institutions from across Asia at the OCBC Global Treasury Regional Forum.

“Integration will also benefit businesses, as trade liberalisation and regulatory coherence will reduce cost, improve productivity, and facilitate participation in the global supply chain,” he said.

Asian countries have stayed resilient through the years, the minister said, because their economies are open and connected, not just with the big powers but also with each other.

And even as the US economy recovers and China restructures its economy, Asian economies have to do more to stay relevant by being more closely integrated with each other.

However, he pointed out that while principles of openness and integration seem obvious, reality often gets in the way.

“Multilateral progress at the WTO will take time, and it is up to us to continue to resist the populist urge to be protectionist,” he said. WTO is the World Trade Organization.

Deepening economic interdependence on the regional front, in a way relevant to today’s business environment, is the way to go, he said, making his point two weeks after India scuttled a WTO deal to streamline customs rules.

The country had wanted more leeway to subsidise and stockpile food grains than was allowed under WTO rules.

The TPP involves 12 countries, including the US, Australia, Malaysia, New Zealand, Brunei and Chile. The grouping accounts for 40 per cent of the world’s gross domestic product and a third of world trade.

Mr Lim said Singapore’s position in these agreements is both principled and pragmatic: “We support a free and open multilateral trading system, and as a small state, see great value in economic frameworks that are predictable, stable and rules-based.”

Citing previous agreements with the US and China, he added that liberalising the financial sector here has translated into tangible benefits for Singapore and Singaporeans. This is achieved even while maintaining high regulatory standards, he said.

Today, the financial sector makes up 12 per cent of Singapore’s economy and hires more than 180,000 professionals, he noted.

With the TPP and RCEP, the financial industry will have new market-opening opportunities in the region, even while financial regulators retain their right to take actions to ensure the stability and integrity of financial markets, he said.