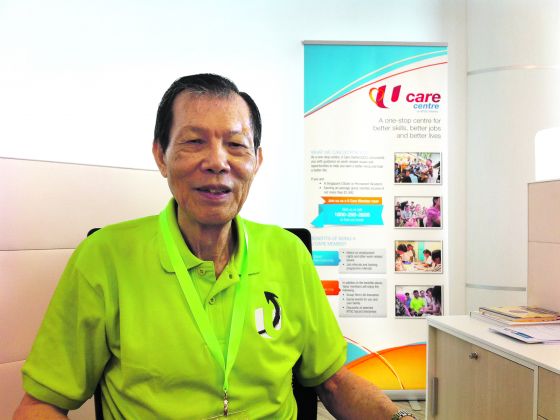 SINGAPORE — When the British forces started withdrawing from Singapore in 1967, about 1,000 union members who had provided services to them had to scramble around for new jobs.

Unionist Tan Soon Yam (picture) stepped in, recommending workers from the Navy, Air and Armed Forces Institutes — who had operated golf courses and shops selling household products — to employers such as Cold Storage and Fitzpatrick’s Supermarket, hotels and the local armed forces.

He also persuaded hotel staff with pro-Communist unions to join his Food, Drinks and Allied Workers Union, which soon represented workers from almost all gazetted hotels in Singapore.

“The labour situation during the time was very chaotic because there were numerous strikes. We had high unemployment, we had housing problems, people were poor and could not afford high inflation, so life was difficult,” recalled Mr Tan, 74, who is now retired. “We came forward to try to do something to improve the situation, especially to protect the workers.”

Mr Tan is part of the “special group” of unionists belonging to the Pioneer Generation, as Prime Minister Lee Hsien Loong put it, who set Singapore on the path to development and permanently changed the lives of workers for the better.

Paying tribute to these veteran unionists at the May Day Rally held by the Labour Movement yesterday, Mr Lee said they defeated the pro-Communists in the Singapore Association of Trade Unions, enabling the National Trades Union Congress to assume its leadership role.

They also rallied support for opening up the economy to foreign investment, which then created good jobs for workers, he added.

“These Pioneer Generation unionists convinced workers to abandon the old model of lose-lose confrontation … and embrace a new model of tripartite labour relations: Win-win cooperation,” said Mr Lee, adding that beyond their union roles, many also became Members of Parliament and were national leaders.

Some of these include former President Devan Nair, Mr Mahmud Awang, and Mr Ho See Beng.

Like Mr Tan, unionist Abdul Rahman Mahbob, 74, helped rally workers when the PUB’s electricity and gas departments were corporatised from 1995. Workers were fearful of losing their jobs, and the founding president of the Union of Power and Gas Employees (UPAGE) had to convince them that the exercise would benefit them.

It was a very complicated project with difficult decisions made, some retrenchments and much restructuring, noted Mr Lee, but together with his colleagues, Mr Abdul Rahman offered valuable advice and support. “Today, we have a good, healthy electricity industry, reliable electricity supply, affordable prices and good jobs for the workers in UPAGE.”

Stressing that he was grateful for the contributions of these unionists over the years, Mr Lee recounted their first “battle” together when the economy went into a sharp recession in 1985.

As chair of the Economic Committee then, Mr Lee recommended to the Cabinet that Central Provident Fund contribution rates be cut to reduce costs and restore competitiveness. It was the union leaders who partnered the Government to revive the economy by helping to convince workers that the difficult and painful move was necessary, he noted.

Furthermore, they have also groomed a new generation of leaders to continue their work.

They have “more than earned their place amongst the pioneers”, said Mr Lee, and it is right that they are honoured, especially through the Pioneer Generation Package, which offers various healthcare subsidies to those born before 1950 and who became citizens before 1987.