‘On the mend’: jobs numbers surprise 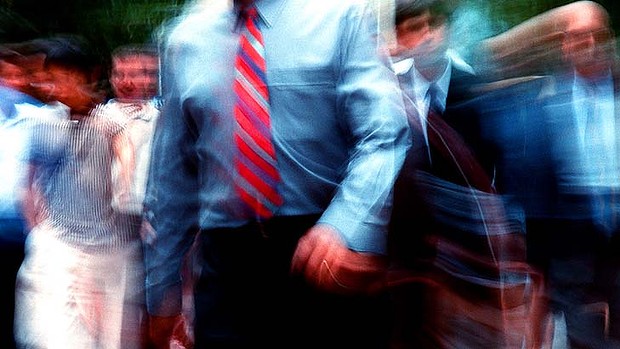 'On the mend': jobs numbers surprise

The unemployment rate has remained at 6 per cent, as 47,300 jobs were added to the economy last month.

“Encouragingly, there was outsized growth in full-positions, reversing the trend of the past year or so. Recent gains in the forward indicators are flowing through to the hard data.”

The surprise jump in full-time jobs came as supermarket giant Woolworths promised new jobs across Australia at its stores, weeks after a series of manufacturing closures this year that has seen thousands put out of work.

The aggregate monthly hours worked decreased 14.0 million hours to 1,608.9 million hours. The employment to population ratio increased by 0.2 percentage points to a seasonally adjusted 60.9 per cent.

Economists had expected the unemployment rate to remain at 6 per cent in February, with 15,000 jobs added to the economy.

The latest figures came as a survey released Wednesday show Australian consumers were increasingly worried about their jobs and the economic outlook as consumer confidence slumped to its lowest levels since May.

Westpac and the Melbourne Institute’s consumer confidence survey fell to its lowest levels since May last year and is now 10 per cent lower than its post-election peak reached in November.

Economists said consumer confidence had taken a beating on the run of ‘bad news’ around the motor vehicle industry, other manufacturers and Qantas has clearly rattled consumers,

There was a “a severe loss of confidence around job security”, Westpac senior economist Matthew Hassan said.