Nursing profession to get welcome boost 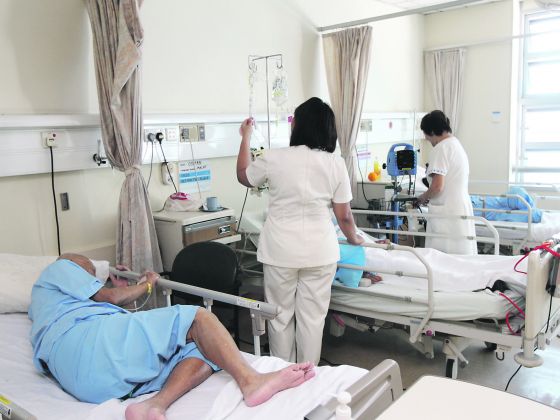 Nursing profession to get welcome boost

SINGAPORE — After close to two years of review and consultation, the National Nursing Taskforce is set to announce its recommendations for increasing the attractiveness and boosting the development of the nursing profession by this year.

This was announced by Dr Amy Khor, Senior Minister of State (Health), yesterday after a closed-door dialogue she hosted with 15 nurses. The taskforce will be making recommendations on four areas — enhancing the role of nurses, professional development, career advancement, and recognition and remuneration.

Noting that recognition was a key concern flagged by nurses, Dr Khor said: “Better recognition can be in various forms. For instance, more public education to raise awareness of the important roles of the nursing profession, giving them more recognition and respect, and, of course, also in terms of fair remuneration.”

Among the suggestions floated by nurses included exposing younger students to information on the profession. “They were saying that (we should reach out) not only to secondary school (students), perhaps we can even reach out to the lower level, the primary school students, so they have a good understanding from young about the role of nurses,” Dr Khor said.

The taskforce held 18 dialogues with more than 2,000 nurses from December to April. Dr Khor held another three, including yesterday’s session, which was the last.

Nurses who attended the dialogue yesterday said the profession is still misunderstood by the public, which deters new entrants to the field.

Said Ms Reysham Kaur, senior staff nurse at National University Hospital: “Our role is really expanding as well, and doctors are also recognising that and they are working hand in hand with us. So in a way, we actually need to portray this to the public — that nurses are not only doing bedside work.”

Mr Marcus Chia, a staff nurse at Tan Tock Seng Hospital, agreed. “The public perception and the current perception in the healthcare climate is so different. In the hospitals, we work in a team with the doctors and other allied healthcare professionals to deliver care to the patients. However, the public may still think that nurses are handmaidens to doctors.”

He suggested that the image of nursing be improved through advertisements and promotions, and that nurses take on more advanced roles at “the top end of their qualifications”.

For example, nurses holding degrees should be able to practise what they have been taught in the workplace, such as performing health assessments, a task undertaken by junior doctors in the current system here, he said.