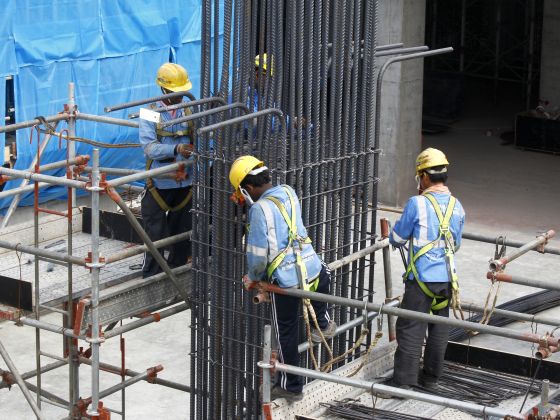 SINGAPORE — Some foreign workers who were arrested and repatriated for the Little India riot last year had flagged salary issues in interviews with the Ministry of Manpower (MOM). But this does not mean there is widespread mistreatment of workers here, said an MOM official yesterday.

Testifying before the Committee of Inquiry (COI) — which is looking into whether the working conditions of foreign workers here were an underlying cause of the riot, among other things — the ministry’s Divisional Director for Foreign Manpower Management Kevin Teoh addressed concerns about the plight of foreign workers.

He said the MOM does not believe “there is widespread mistreatment of workers” in Singapore which led to the riot, based on what it had observed through its work, such as inspecting foreign worker dormitories and asking questions about their well-being.

In cases of mistreatment, the MOM is prepared to take action, it said.

“From the MOM’s perspective … generally the workers are treated decently,” said Mr Teoh. “Certainly, the situation is not perfect. We can improve where there are areas that we think (it) is logical to take the next step; we will do so and we have done so.”

During the inquiry yesterday, the COI grilled Mr Teoh on two issues: Workers who were “abandoned” by their employers after falling out with them over labour issues and how they were meant to feed themselves.

This was after non-profit organisation Transient Workers Count Too (TWC2) President Russell Heng told the COI last week that it was feeding about 200 to 300 workers daily at its soup kitchen after they were “abandoned” by their employers for lodging complaints with the MOM.

Mr Teoh said the employer bears the responsibility of providing for basic needs, such as the foreign worker’s food, even if the worker has complained about the employer.

The ministry will step in if it finds that the employer is unwilling or unable to do so and the latter may be referred to non-governmental organisations (NGOs) such as the Migrant Workers Centre for help.

He also said the ministry had received 650 complaints from NGOs as of last year. “We looked at every single one of them,” he said, adding that the ministry was looking into TWC2’s assertion about the workers.

Asked about the framework in place to prevent the forced repatriation of foreign workers — which has been known to happen to those who complained about their employers — Mr Teoh said that last year, there were 23 occasions in which the MOM stepped in after it was flagged at the point of departure that the worker being repatriated had “outstanding employment” matters.

This was subsequently “dealt with” by the ministry, Mr Teoh said.

A dormitory manager — who did not want to be identified — also testified, sharing his observations on life at a foreign worker dormitory. While disputes occasionally occur, not all arise from alcohol consumption and could be due to other reasons such as personal differences, he said.

He also said a free shuttle service to Penjuru Recreation Centre for migrant workers had been discontinued as demand was low — workers preferred to go to Little India, Jurong Point or Jurong East to meet their friends.

Also taking the stand yesterday was Singapore Civil Defence Force ambulance driver Staff Sergeant (Ssgt) Yaacob Kamis, who had taken cover in the ambulance in Little India with seven other officers on the night of the riot. Some members of the crowd told them to run moments before the ambulance was set ablaze, he said.

Asked by COI member John De Payva whether it would have helped if the officers had decided to fight, Ssgt Yaacob said: “I think (it is) better we (had) run than fight for our own (safety).”