No compromise with employers on Minimum Retirement Age Act 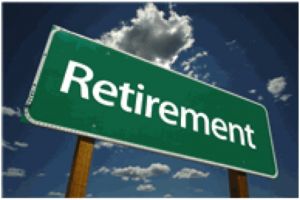 No compromise with employers on Minimum Retirement Age Act

KUALA LUMPUR: The Government will not compromise with any employer breaching the Minimum Retirement Age Act 2012 as the nation prepares to face the aged nation status by the year 2030.

“This Act helps to increase the worker’s total savings in the Employees’ Provident Fund (EPF). Fourteen percent of retirees exhaust their savings within three years.

“Five percent within five years, while 70% exhaust their savings within 10 years,” he said on Monday.

The Act provides that an employer cannot retire off an employee prematurely before reaching the minimum retirement age of 60 years.

He was replying to a supplementary question from Normala Abdul Samad (BN-Pasir Gudang) who wanted to know the efforts by the ministry in resolving the debt problems among private sector retirees.

Ismail, who is also the Member of Parliament for Maran, said employers breaching the Act could be fined up to RM10,000 and so far, only nine complaints had been received since its implementation on Jan 1, 2004.