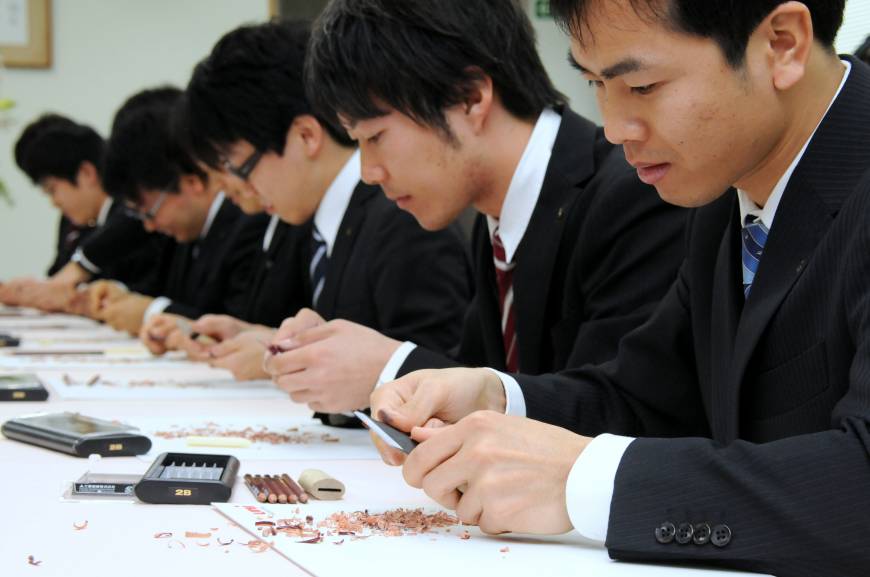 Some 860,000 new recruits at companies across the country marked their first day of work Tuesday, the first day of fiscal 2014.

Central and local governments as well as many private-sector companies held welcome ceremonies for their newest employees.

At the Tokyo Metropolitan Government office in Shinjuku Ward, Gov. Yoichi Masuzoe addressed about 1,700 new recruits and called on them to work together in a bid to make the capital the world’s best city, while aiming to make the 2020 Tokyo Olympic and Paralympic Games successful.

Tepco President Naomi Hirose called on the new recruits to work together to cope with the difficulties facing the utility.

In Osaka, Kozo Takahashi, president of electronics maker Sharp Corp., welcomed 94 new recruits and thanked them, noting that Sharp is struggling to rebuild itself.

Central and local government data show that 82.9 percent of prospective graduates from universities and colleges had found jobs as of Feb. 1 ahead of their graduation in March, showing an improvement in the labor market for a third straight year. But some 73,000 failed to find jobs at that time.

The data also showed 90.7 percent of job-seeking graduates from high schools found jobs as of the end of January — the most since 1994.

Construction and nursing-care industries were active in hiring, officials said.

In the three prefectures hardest hit by the March 11, 2011, earthquake and tsunami, 96.2 percent of job-seeking graduates from high schools found jobs in Iwate, while 94.8 percent found work in Fukushima and 92.8 percent were hired in Miyagi.