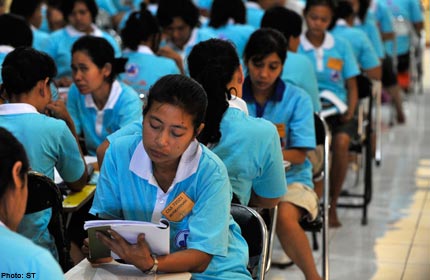 Myanmar has temporarily stopped sending workers to Malaysia due to safety concerns, following violence involving its citizens here. The Eleven Media in Myanmar reported that the Federation of Overseas Employment Agencies (Myanmar) had last week instructed overseas employment companies not to send any more workers to Malaysia. “The current violence there has forced us to do so. We got reports that the situation there has calmed down now. The move would be momentary. “But we can’t say when it will restart yet. We will also have to discuss with the government delegation arrived back from there,” said Mr Ei Mon Soe, a director from the Myanmar’s Labour Ministry. Several labour supply companies here also confirmed that Myanmar workers were not being sent over since last week. LLN group of companies managing director Ng Cheng Ho said two Myanmar workers were supposed to arrive this week but this has been delayed, although all the relevant documents had been submitted and approved. “The agent in Myanmar told me that they were not able to send the workers now,” he said. Another consultant with a labour supply company who wanted to known as Ms Isabel said they were facing a similar situation. However, she said they would continue to process the documents of the workers who wanted to come in because they believe the freeze would be over soon. There are an estimated 300,000 Myanmar workers in Malaysia, legal and illegal, and another 100,000 refugees from Myanmar. Myanmar nationals are legally allowed to work in the manufacturing, plantation, agriculture, construction and services sectors here. Violence in various parts of Kuala Lumpur involving Myanmar nationals from May 30 to June 4 left three Myanmar nationals dead and some injured. The violence has been linked to recent clashes in Myanmar between Buddhists and Rohingya Muslims in the western state of Rakhine.