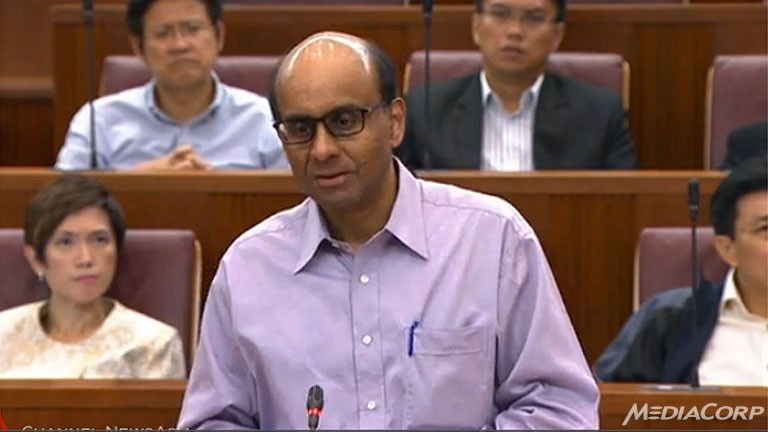 SINGAPORE: More than half of all CPF members enjoy the full 3.5 per cent interest rate on their Ordinary Account, and two-thirds of members earn the full five per cent on their Special, Retirement and Medisave Accounts. They also get a “fair return” said Deputy Prime Minister Tharman Shanmugaratnam in Parliament on Tuesday (July 8).

Mr Tharman, who is also the Finance Minister, laid out two fundamental principles for which the Government pegs interest rates. Firstly, rates are pegged to returns on investments of comparable risk and duration in the market. Secondly, they are structured to provide greater benefit to members with small and medium-sized balances by paying Extra Interest on the first S$60,000 of balances.

The Ordinary Account, which can be used to pay for homes or education, has a guaranteed floor rate of 2.5 or 3.5 per cent for balances of up to S$20,000. Members can also earn more returns by transferring their Ordinary Account savings to the Special Account – used for retirement and through the receipt of subsidies from the Budget.

This is targeted at low- and middle-income Singaporeans. Mr Tharman said the subsidies amount to a significant boost to what the typical low-income member earns on his balances.

This will grow his savings by 6 per cent per annum, through the combination of CPF interest rates and Government subsidies. But if the grants are amortised over his working life, he will see his savings grow by at least 2.5 per cent per year annum, over a 30- to 40-year working life.

Mr Tharman said this does not include the Ordinary Account savings used to buy a home, which benefits separately from the appreciation in housing value.

The Special, Medisave and Retirement Accounts (SMRA) are treated as long term savings, and therefore pegged at 1 per cent above the 10-year Singapore Government Securities (SGS). Mr Tharman said this is generous, given that the returns are higher than what has been observed for 30 year bonds in international markets.

He said the Government has maintained a floor of 4 per cent on SMRA, or 5 per cent for balances of up to S$60,000.

“This is a fair system of returns for the SMRA,” Mr Tharman said. “The CPF in essence pegs SMRA returns to long term SGS, but it has also been paying a floor of 4 to 5 per cent that is well above market rates in the current environment. As I explained earlier, we have shielded members from the risk of low market rates.”

Mr Tharman noted that the CPF system is not static and that over the years, the Government has adjusted the system to, for example, reduce the scope for housing withdrawals, with more emphasis on retirement and medical needs for old age.