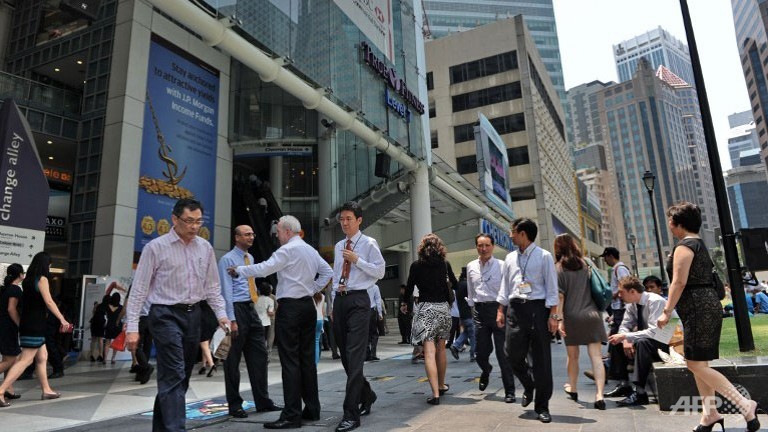 The majority of employers continued to send their staff for training in 2012 despite the tight labour market. This is according to findings from the biennial Survey on Employer Supported Training by the Ministry of Manpower.

SINGAPORE: The majority of employers continued to send their staff for training in 2012 despite the tight labour market.

This is according to findings from the biennial Survey on Employer Supported Training by the Ministry of Manpower (MOM).

Sending employees for additional training helped improve their skills, increased their motivation and sense of responsibility at work, according to most of the 3,500 bosses polled in the survey.

Despite the advantages, the number of companies which has sent workers for training has held steady for nearly a decade.

In 2012, 71 per cent of private establishments provided training to their employees.

Observers said the challenge is in getting smaller companies to begin to tap on government support that is available.

Mark Hall, vice president and country general manager of Kelly Services Singapore, said: “You know one thing is telling people there’s funding available. The second is making it easier for people to access and use it. It’s critical that those smaller organisations can utilise these excellent benefits available by the government.”

This includes the Workfare Training Support, which helped cut net costs of training by nearly 30 per cent last year compared to 2004.

Employers that were most likely to send their staff for training in 2012 were from the financial and insurance services and construction industries.

However, employers from the wholesale and retail trade industries were the least likely to provide training.

Fewer professionals, managers, executives and technicians (PMETs) were sent for training in 2012.

There was a similar drop in the percentage of clerical, sales and services workers attending training.

However, more production and transport operators, cleaners and labourers went for training.

Mr Hall explained: “With the tightening of the budgets and companies looking towards more hands-on training and on-the-job training, we will always see the mismatch that the investment in them is less than the mass workforce.”

MOM said the increase was supported by government initiatives such as the Workfare Training Support Scheme, which encourages employers to send their low-wage employees for training.

MOM said this partly reflects the decline in the proportion of PMETs sent for training.

After deducting training grants or subsidies and costs recovered from training incentive schemes, the cost per employee dropped further from S$449 to S$362.

With wider government support for training, employers’ net training expenditure per employee declined by 4.1 per cent per annum from 2004 to 2012.

“The workers actually are recognised because training is limited, and so they actually feel valued that the organisation has invested in myself to go for training. You will get a promotion or a salary wage increase if the organisation does well or if you have team skills, or the skill set required for promotion,” said Mr Hall.

The report also said that companies with more than 200 staff are more likely to send them for training compared to smaller firms.