More support for firms to spur hiring of mature PMEs 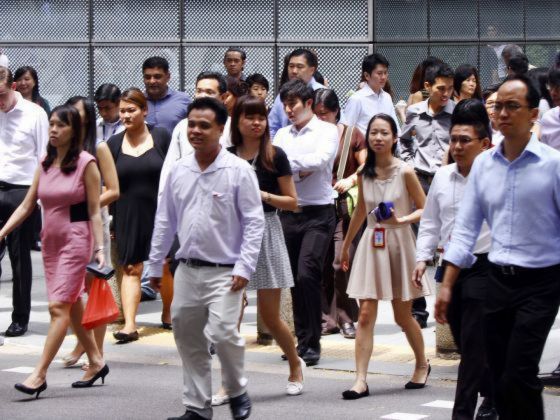 More support for firms to spur hiring of mature PMEs

SINGAPORE — They are in their 40s, seasoned in their trade and have even taken on managerial positions. Yet, these white-collar workers struggle to land jobs in new industries after losing their rice bowls because of industry restructuring and technological change.

Described as “mature” professional, managers and executives (PMEs), these workers have become a source of worry for the Government, which has beefed up funding for Professional Conversion Programmes (PCPs) to incentivise businesses to hire these PMEs.

The enhancements, implemented for the first time since the programme’s launch in 2007, will provide employers with more financial support when they hire mature PMEs on a place-and-train basis, under which employees are hired first and then trained to do the job.

Under the enhancements, the Singapore Workforce Development Agency (WDA) will support firms by paying up to 90 per cent of a new hire’s monthly wages, subject to the cap of S$4,000. This is an increase from the previous 70 per cent and S$2,000, respectively.

About 8,000 PMEs are expected to benefit from the move, Senior Minister of State (Manpower and Health) Amy Khor told reporters at the sidelines of a visit to WDA’s Lifelong Learning Institute yesterday, when she announced the enhanced funding and unveiled a new PME career resource portal.

To qualify for the scheme, firms are required to hire PME applicants who are aged 40 years and above or have been jobless for more than six months. They are also required to be in one of the five industries under WDA’s place-and-train mode — Infocomm Technology, Early Childhood Care and Education, Design and Interactive Digital Media, financial services (compliance) and social work industries.

“These are the more vulnerable groups of PMEs. They are more vulnerable to redundancy,” said Dr Khor. “They have increased difficulty and challenges in getting a job once they are displaced.”

Some employers still perceive mature PMEs as less productive, while others may feel that they are overqualified for the job, or lack the relevant experience and skills, said National Trades Union Congress (NTUC) assistant secretary-general Patrick Tay. “I hope employers will be more open to hiring mature PMEs. I hope our mature PMEs too will be open to new industries and new jobs,” he said.

Mr Paul Heng, managing director of HR services firm NeXT Career Consulting Group, said many mature PMEs are degree holders and do not necessarily come from sunset industries. However, age is only one of the factors. ”We seem to be experiencing resistance from employers when we send them candidates that are above 45 years old,” he said.

With the tightening of foreign labour, Mr Heng said it was a “matter of time” before employers have no choice but to hire mature PMEs. The increased funding for PCP will have some impact, he said, but added that the onus also lies on job seekers to upgrade and make themselves useful.

Singapore has about 638,500 PMEs, or about 31 per cent of the resident workforce. Based on the Population White Paper’s projections last year, two-thirds of Singaporeans will hold PME jobs by 2030. Last year, 4,940 resident professionals, managers, executives and technicians (PMETs) were laid off. This is a drop from 5,960 in 2012, but a rise from 4,170 in 2011.

To provide comprehensive resources to PME job seekers, the tripartite movement has worked on the new career resource portal (http://www.CareerResource.sg). Launched yesterday, it will provide resources for PMEs on career development, training and employment assistance.