Medisave employer contribution to be raised for civil servants 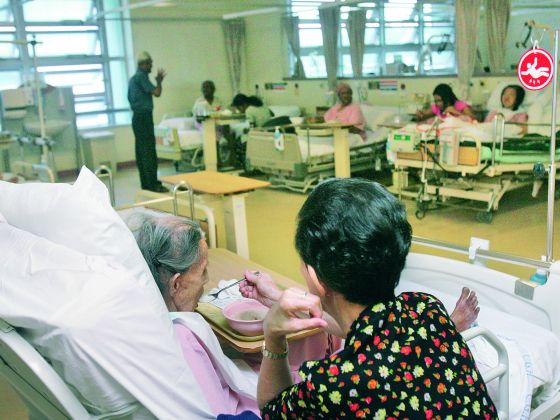 Medisave employer contribution to be raised for civil servants

SINGAPORE — From January, most civil servants will get 2 per cent in additional Medisave contributions, with low-wage officers to get at least S$50 in contributions a month.

In addition, six in 10 government pensioners will have their MediShield Life premiums covered by the Government, while the remainder will see additional Medisave contributions go up to 2 per cent, when MediShield Life takes effect at the end of next year.

The moves were announced yesterday following a review of Civil Service medical benefits ahead of the scheme’s implementation. Premiums are set to increase as benefits under the compulsory national insurance scheme are enhanced.

Currently, 85 per cent of the 82,000 civil servants are on the Medisave-cum-Subsidised Outpatient (MSO) scheme, under which they get an additional 1 per cent on top of the statutory Medisave contribution for all employees. This will be doubled to 2 per cent, capped at S$140 a month.

The increase comes on top of the additional 1 per cent in statutory Medisave contributions all employees will receive next year to help defray the cost of MediShield Life premiums, as announced in this year’s Budget.

In a statement yesterday, the Public Service Division (PSD) said the increase in Medisave contributions can be used to buy MediShield or portable Medisave-approved insurance plans to cover inpatient needs.

Civil servants who earn S$2,500 and below will receive at least S$50 in additional Medisave contributions a month, which adds up to S$750 a year, assuming 12 months’ salary and three months of additional wages. This is more than what they would get if the 2 per cent was applied to them.

The changes were welcomed by the National Trades Union Congress and its public sector unions, with NTUC saying they were “very pleased with the outcome that arose from several rounds of discussions with the PSD”.

Mr Ma Wai Cheng, general-secretary of the Amalgamated Union of Public Employees, said: “It is a good agreement and we’re quite happy with it … We welcome it especially for pensioners and retired people and so on. The Government has taken into account what we said about them, that they should also not lose out in any way.”

NTUC assistant secretary-general Cham Hui Fong said the PSD, as the largest employer in Singapore, has set an “excellent example” in helping civil servants build up Medisave for their healthcare needs.

“We urge the private sector companies to follow this lead and review their current medical benefits scheme to make good use of MediShield Life, enhance medical coverage and minimise duplication,” she said.