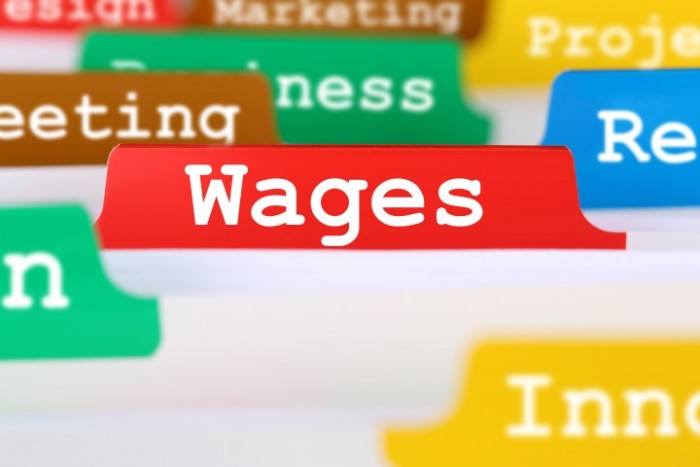 Academics have pointed out the negative long-term impact of the latest minimum daily wage adjustment due to take effect next month, while labour groups vented frustration over the lower-than-expected new rates.

Sunee Chaiyaros, director for equality and fairness promotion of the College of Social Innovation at Rangsit University, said it was hard to believe employees accepted the daily wage hike, which offered the highest rise of only 10 baht.

There is no wage rise in Sing Buri, Chumphon, Nakhon Si Thammarat, Trang, Ranong, Narathiwat, Pattani and Yala. The highest increment of 10 baht has been approved for the commercially vibrant Bangkok and surrounding provinces.

Even in case of the highest increase of 10 baht, daily wage earners would not be able to cope with the already high costs of living in the capital and nearby provinces where a plate of rice costs at least 30 baht to 35 baht.

Prices of food sold at convenience stores and hypermarkets in provinces where a lower wage hike was approved are on par with the prices of the food in the same stores in Bangkok, she said.

“The Labour Ministry should realise many workers normally have many mouths to feed,” she said.

The wage hike appeared to favour businesses more than it does the workers. It will hurt the structure of the labour force as it reflects a problematic attitude of the policymakers, Ms Sunee said.

“The fact is many daily wage earners still make slightly higher than the minimum wages although they have between 20 years and 30 years of work experience.

“This is because most employers don’t value their employees’ skills and capacity very highly,” she said.

Bundit Thanachaisetthawut, an independent academic on labour, said before the minimum daily wage was raised to 300 baht in 2013, the rate had long been kept low.

That is why any new wage hike should not be based on the economic figures alone, he said.

“The [300 baht] minimum daily wage had remained unchanged for four years. And for instance, the 10 baht increase means the wage increases by only 2.5 baht per year,” he said.

“The irony is the government didn’t have a policy to raise the daily wage [in the past four years] but approved a raise for the civil servants,” he said.

Some had tried to mislead the public, arguing any adjustment of the daily wage would undermine the economy and investment, said Lae Dilokvidhyarat, adviser to the Labour and Management Development Centre of Faculty of Economics at Chulalongkorn University.

Even when the minimum daily wage was raised 40% all at once to 300 baht, the wage adjustment was not purely a matter of economic figures but mainly driven by politics, he said.

Chalee Loysung, chairman of the Thai Labour Solidarity Committee (TLSC), said the latest wage adjustment brought about nothing but confusion as to why some provinces did not get the same wage hike even though they are in the same economic zone.

Ang Thong, for example, was given a 5 baht hike while neighbouring Ayutthaya receives eight baht and Sing Buri none, he said. Every time labour groups demanded a wage hike, policy-makers turn it down arguing it would drive away manufacturers and production bases to other countries with cheaper labour, Mr Chalee said.

TLSC secretary-general Thanaporn Wichan said employers and employees in a provincial sub-committee considering wage hikes in Saraburi, for instance, agreed to adjust the minimum wage to 315 baht per day, but when this proposal was forwarded to the ministry, it was changed to 308 baht despite the previous agreement.