Manpower Ministry: Employers Have to Support All Workers and Communicate Work Arrangements Clearly 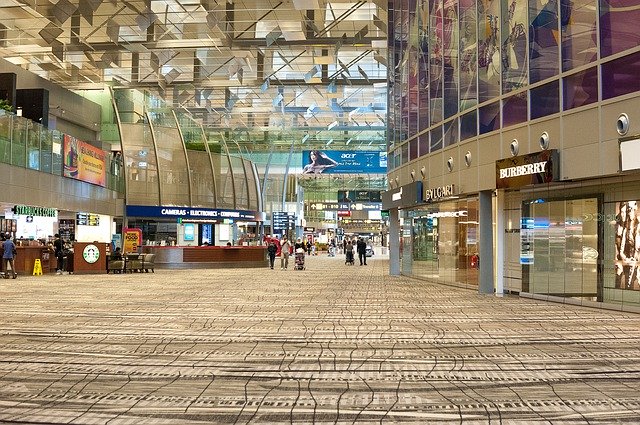 Employers have to support their workers – both local and foreign – even as they adjust to the closure of most workplaces for four weeks, Manpower Minister Josephine Teo told Parliament on Monday (Apr 6). She urged employers to communicate clearly with their workers on work and pay arrangements as measures to stem the spread of the coronavirus take effect, Straits Times reports.

“Many are asking: How will we get through the next one month? What will happen after that? No one can say for sure. But one thing we can be sure of is that we will get through this together. We will stand in solidarity with workers as well as businesses,” she said. Mrs Teo added that employers in businesses that are not essential services should continue to give appropriate pay to their workers who can telecommute, instead of treating the period as no-pay leave.

More details on how her ministry will help firms in telecommuting will be given later, she said. Ms Jessica Tan (East Coast GRC) had voiced the concerns of some without resources to work from home. Mrs Teo also gave details of two schemes announced in last month’s supplementary budget to help job seekers in today’s climate.

The SGUnited Traineeships for fresh tertiary graduates will start on June 1 and be managed by the Singapore Business Federation. The Government will fund 80 percent of the stipend for trainees, and the company that takes them on board pays 20 percent. Mrs Teo said that while the stipend may not match the usual starting salary of graduates, it is still better to build up some work experience. “We must find a way to help these young Singaporeans get started in their careers and not let Covid-19 derail them,” she said.

The scheme aims to support up to 8,000 traineeships this year. So far, over 100 companies, such as ST Logistics, Surbana Jurong, Micron, Q&M Dental and Commonwealth Capital have committed to 1,500 positions, she added.

As for the SGUnited Jobs initiative to create 10,000 jobs, the first virtual career fair, which is ongoing until April 12, has 5,800 vacancies and 5,500 applicants so far. Mrs Teo also spoke about support for businesses’ cash flow during the circuit breaker period.

See also: ﻿When Working from Home is NOT an Option, Here’s What HR Should Consider

Deputy Prime Minister Heng Swee Keat announced yesterday that foreign worker levies will be waived in April, and employers will further get a levy rebate of $750 for each work permit or S Pass holder, to be paid out as early as April 21.

In view of these measures, employers of foreigners on work permits and S Passes will no longer get the daily allowance for quarantined workers, said Mrs Teo. But she stressed that workers will still get paid as the period counts as paid hospitalisation leave. Some might ask why the Government is providing support for firms who hire foreign workers, she said, adding that the circuit breaker will significantly impact all businesses.

“Supporting local workers remains our top priority,” she said. “But at such a time, we must stand united with all workers – every worker matters – and not draw too many lines. Sharing pain should also mean sharing the relief.”

She asked firms to use the levy rebate wisely to retain their essential workforce so that they can restart or scale up as soon as possible. “Remember how they have helped you and your businesses in good times, do not forsake them in bad times. And take care especially of vulnerable groups,” she said.

She noted that some businesses go the extra mile to care for customers and workers, and many workers take on more work to help bosses, or accept pay cuts. “If there’s one thing I can say with confidence, it is this: Our economy may take a huge hit. So might jobs. But not our spirit. And never our solidarity.”