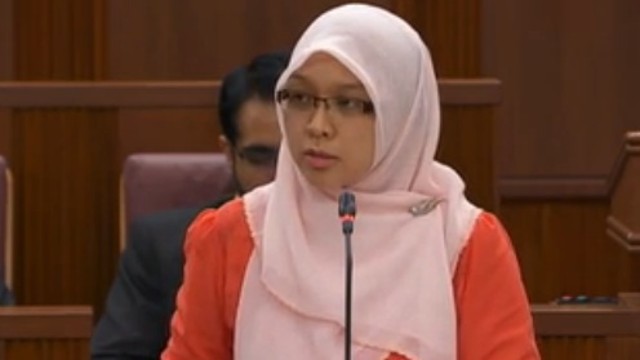 SINGAPORE: Give the pioneer generation free transport during off-peak hours and reduce the CPF minimum sum of those from low-income groups, suggested MP for Ang Mo Kio GRC Intan Azura Mokhtar, in Parliament on Wednesday (May 27).

Dr Intan said the free-travel perk could be an add-on to the Pioneer Generation Package.

“With the PG card, which they will be receiving in September this year, they can simply flash that card when boarding buses during off-peak hours and be entitled to free travel.”

Out of the 450,000 pioneer senior citizens, Dr Intan estimates that about half are still mobile and would like to travel around on their own.

She urged the Government to review the Central Provident Fund (CPF) Minimum Sum, based on income brackets, for the benefit of the low-income elderly.

Dr Intan said the recent announcement of the CPF Minimum Sum increase to S$155,000 by July this year has been met with “a fair amount of grumbles.” She said this sum is no small amount to have in one’s CPF account – especially if a person has been a low-income earner for a large part of his life.

“No matter how many hours or years one works, reaching that amount — or even half of that amount — remains a huge challenge,” she said.

“For many lower-income earners, tiered Minimum Sums would make the goal more achievable for them,” said Dr Intan.

“Currently, many feel that they’re working towards a moving goal post that seems to get further out of reach as they get older.”

Dr Intan also touched on the interests of the young in her speech. She stressed that students should be taught not to fear failure and to learn from their mistakes.

“More often than not, by learning through a failed attempt, it leaves a lasting imprint, builds character and strengthens personal values such as humility, gratitude and kindness,” she said.

Dr Intan urged employers to work closely with schools and institutions to ensure that the young can learn and develop skills that are relevant and current. It is important for employers to recognise skills beyond academic achievements, she said, adding that the Government can take the lead to change this mindset.

She suggested that the civil service groom potential, beyond scholars and university graduates. “There are among us, individuals who are late bloomers who may not have necessarily done well in high-stakes examinations, but who realise their true potential only later when they start working or when they are older.”