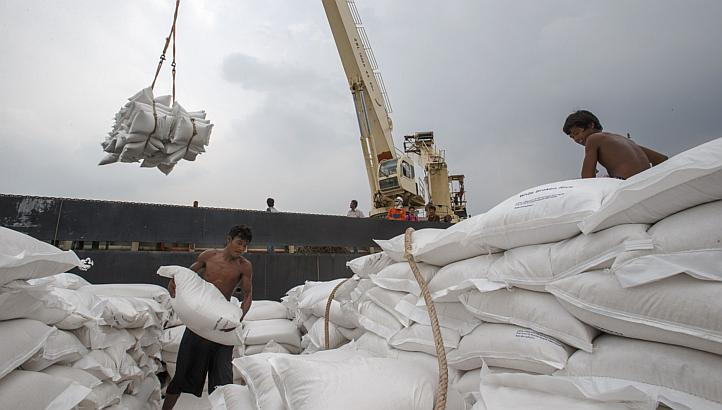 [BANGKOK] A total of around 500,000 tonnes of Thai rice shipments, mostly of parboiled grade for African buyers, have been delayed due to a labour shortage at ports, traders said on Thursday.

This is likely to dent a plan by Thailand’s new military government to cut losses on the bulging rice stockpiles built up under the previous government’s costly intervention scheme.

June shipments had to be delayed to August while some volumes were pushed further out to September due to a lack of deck workers at ports, said Rakesh Sodhia of Fortuna International, which trades several grades of Thai rice.

“The loading process took two weeks longer than expected due to a labour shortage problem and that disrupted export in the second half of the year,” said Charoen Laothamatas, the head of the Thai Rice Exporters Association.