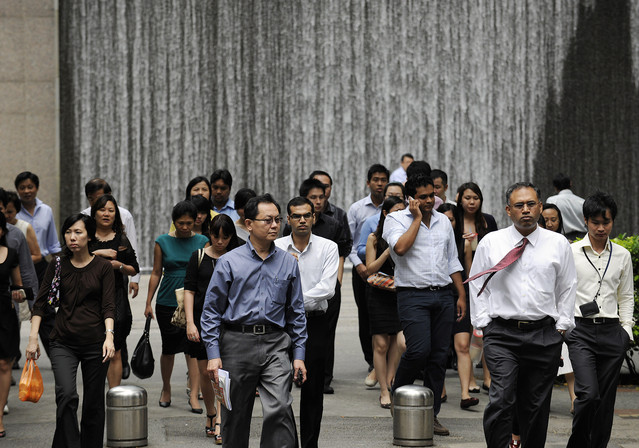 Labour productivity in the first quarter rose at its fastest rate in more than two years, marking some progress in the Government’s push to raise the rate amid economic restructuring.

But observers cautioned that the increase may reflect only economic growth and that the real gains in productivity may still be lagging.

Between January and March, productivity grew by 0.9 per cent on-year, the highest rate since 2011’s third quarter. This was supported by a strong 8.8 per cent gain in the manufacturing sector, although productivity in the accommodation and food sector declined by 3.5 per cent.

The latest numbers follow a slew of government support measures, such as the Productivity and Innovation Credit scheme, to help companies install technologies and improve processes. But this remains a work in progress, said Singapore Business Federation chief operating officer Victor Tay.

“MTI’s productivity indicator is calculated by dividing GDP growth by number of workers, and as growth in the manufacturing sector improved in the first quarter, its productivity grew too,” he said.

“But it does not necessarily translate to whether an enterprise or industry is more productive in handling a process.

“Certainly, we do see more companies trying to be more productive … but it’s still too early to say that our productivity war is over.”