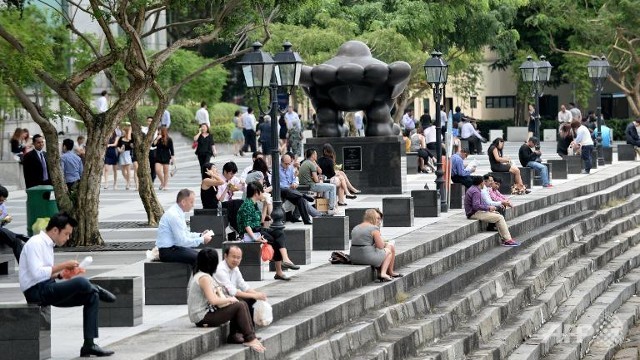 Mr Lim said in Parliament on Tuesday (Aug 5) that the aggregate figures masks some cyclical fluctuations. For instance, the high productivity gains in 2010 were due to a strong recovery from the 2009 downturn, but recent productivity growth has been weak, he said. Labour productivity grew by 0.2 per cent per annum from 2010 to 2013 because of declines in sectors such as retail, food and beverage and construction.

The bright spots include transport engineering and precision engineering, which grew 8.1 per cent and 4.1 per cent per annum, respectively, during this same period, he added.

The Trade Minister said the situation on the ground is “improving”, with more businesses accepting the need to restructure and tapping on Government schemes to improve their productivity.

“To date, more than 17,000 companies have benefited from the various productivity initiatives under the NPCEC, with 7,000 companies in 2013 alone,” said Mr Lim.

On the adoption rates for the Productivity and Innovation Credit (PIC) and the Innovation and Capability Voucher (ICV) schemes, the minister said take-up rates are increasing.

As of Feb 28 this year, the aggregate tax savings and cash payout to companies amounted to S$1.5 billion under the PIC scheme, he added.

Mr Lim also said the ICV scheme, which used to only cover consultancy solutions but have been broadened to include productivity solutions, have seen an increase in uptake. From March 1 to June 13, 2014, more than 2,700 vouchers were awarded to businesses.

“MORE NEEDS TO BE DONE”

The Trade Minister said while the numbers for PIC and ICV adoption are “encouraging, clearly more needs to be done”.

“Economic restructuring is a long-term effort. We must continue to press on with our restructuring drive. We have the capacity to fund more productivity improvement projects, and hope that more firms will step forward to tap on the various productivity schemes,” he said.

Mr Lim added that the Government “remains confident” that the economy will restructure successfully over time to be more productivity-driven. This means ensuring a more efficient use of labour, which will not only help to relieve labour constraints, but also support higher real wages without eroding the competitiveness of our economy, he said.