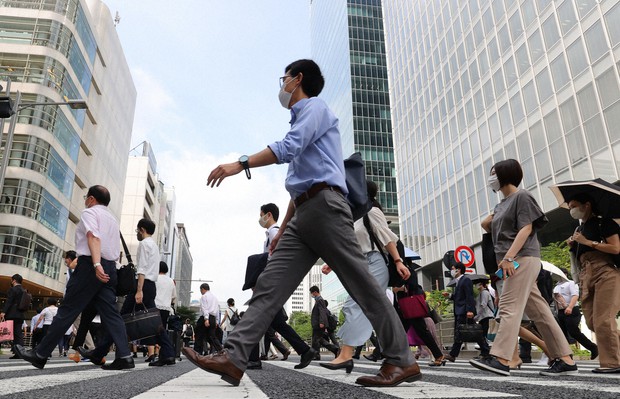 Japan is considering allowing foreigners in some blue-collar positions to stay indefinitely in the fiscal year 2022, according to a Justice Ministry official on Thursday (Nov 18). Japan has traditionally distinguished itself among developed nations for its strict immigration policies. But with the country facing an urgent labor shortage, in addition to future challenges caused by population loss, it is seeking to open up to more foreigners.

The government is currently “evaluating” the topic, but any modification implies that visa renewals will be allowed, although permanent resident status will not be granted outright. A policy that went into force in 2019 authorized a category of “specified skilled workers” in 14 industries including farming, construction, and sanitation to stay for up to five years, but without their family members. According to the Nikkei business daily, the government is trying to expand other categories, which is presently restricted only for two of the 14 industries; construction and shipbuilding, to encompass all the remaining sectors, thus eliminating the five-year restriction.

Read Also: Labour Thanksgiving Day in Japan: What You Need to Know

Recent situation could possibly open up opportunities for long-term residency in Japan that are currently only available to a tiny group of foreigners in highly sought-after professions. The government has been working to lessen such constraints, which have been cited by businesses as one of the reasons they are cautious to recruit such individuals. If the modification is implemented, such employees, who mainly come from Vietnam and China, would be able to renew their visas indefinitely and bring their families with them, just as the other group of higher skilled foreign workers is presently able to do.

Toshihiro Menju, managing director of the think tank Japan Center for International Exchange, explained how the country’s population is dwindling and how it is becoming a more significant issue. He said that if Japan wants to be considered as a top choice for overseas workers, it must emphasize that it has the right infrastructure in place to welcome them. While popular view suggested that large-scale immigration would be politically impossible, authorities cautiously developed ways to bring in progressively increasing but still relatively small numbers of workers without igniting any public controversy.

The aging of Japan’s population has prompted serious concerns regarding the program in recent years. In 2016, official numbers revealed that the country’s population had decreased by about one million people in five years, marking the first time that records revealed a population decline. Former Prime Minister Shinzo Abe’s government pushed through a measure in late 2018 that allowed foreigners to work in 14 understaffed industries, based on an estimate that the fields in issue had a 345,000 labor shortage.

According to official data, the 2019 law was intended to attract 345,000 “specified skilled workers” over five years, but the inflow stagnated around 3,000 per month before the COVID-19 pandemic forced border closure. As of late 2020, Japan has 1.72 million foreign employees out of a total population of 125.8 million, with foreign nationals accounting for only 2.5 percent of the working population.