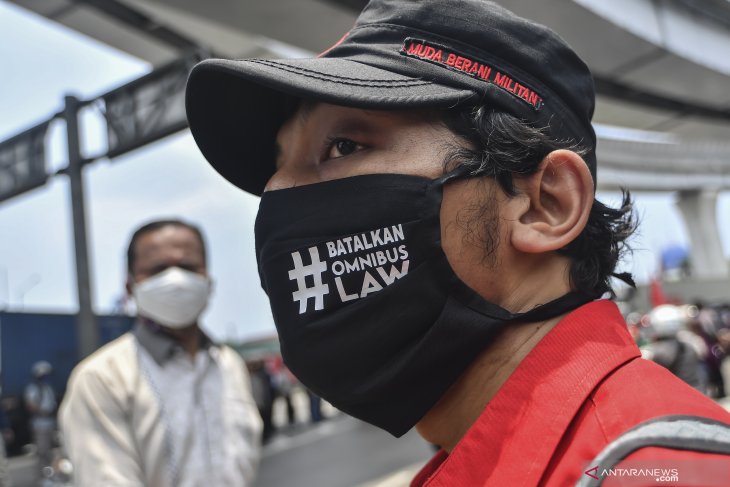 “After yesterday, hundreds of thousands and also nearly one million workers left the factories to participate in the national strike. Today, we will continue the strike,” Iqbal noted in a press statement on Wednesday.

The KSPI president denied the claim of the strike being illegal, citing Law No. 9 of 1998 on freedom to express opinions in public and Article 4 of Law No. 21 of 2000 that stipulates labor unions can plan and execute worker strikes in accordance with existing regulations.

Iqbal also quoted Law No. 39 of 1999 on Human Rights and Law No. 12 of 2005 on Ratification of the International Covenant on Civil and Political Rights.

Furthermore, the protest rally was conducted in an orderly, peaceful, and non-anarchic manner. It aimed to urge the government and DPR RI to withdraw the Omnibus Law in the wake of fundamental issues in the Job Creation Law that are detrimental to workers.

Fundamental issues that are disadvantageous to workers in the law, passed on Monday (Oct 5) by the Parliament, comprise reducing severance pay, implementing a contract and outsourcing system, setting minimum wages, and the potential loss of health insurance and pensions for workers owing to implementation of the contract-based employment and outsourcing, he explained.

Iqbal reminded workers to prioritize health and avoid the risk of COVID-19 transmission by wearing masks and maintaining safe distance during their strike.