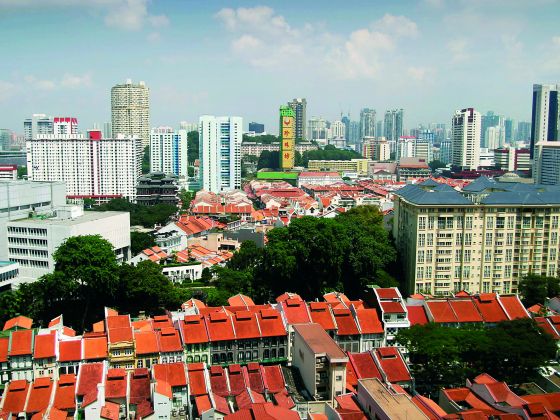 SINGAPORE — Noting that the focus of this year’s Budget appeared to have shifted away from addressing income inequality to issues faced by the older generation, a Singapore Management University (SMU) student today (March 17) questioned how the Government intended to close the income gap given Singapore’s “very high” Gini coefficient.

The student was at the SMU Apolitical Kopi Talk with Acting Minister of Culture, Community and Youth Lawrence Wong. The forum was jointly organised by REACH.

Responding, Mr Wong said this is an issue governments go about tackling with progressive taxation and with spending to help the needy.

“If you look at where our Budget is, it is firstly highly progressive … from 2003 to 2013 the lower deciles are getting a lot more in terms of transfers,” he said, adding that the Pioneer Generation Package also helps seniors who face difficulties with their healthcare bills, thus impacting social issues and the Gini coefficient — a measure of income inequality.

Mr Wong added that the Gini coefficient here has fallen and while it was high for a country, “it’s not high for a city, which we are”.

“If you look at cities … the Gini in New York is higher than the Gini for America,” he said, explaining that this occurs because cities have higher population concentrations of talent with high incomes, but they also have citizens who do not earn as much.

But those living in major cities like London or New York can choose to move out of the city into other parts of the country, said another student, while those living in Singapore cannot as it is a city-state.

In that case, the acting minister said it depended on whether Singaporeans wanted to live in a city with the opportunities of New York and London, and how Singaporeans would address the issues that came with that choice.

When asked to weigh in on a recent BBC article that described Singapore as “misery city” and what the Government could do to make the country more caring, Mr Wong said it depended on what kind of society Singaporeans wanted, as all the Government can do is facilitate, encourage and promote kindness. What emerges, he said, has to be “ground-up and self-directed”.

Other questions the 30-odd students at the forum asked ranged from how the Government planned its Budget to efforts on revamping museums, as well as problems the acting minister foresees for the current generation of students.