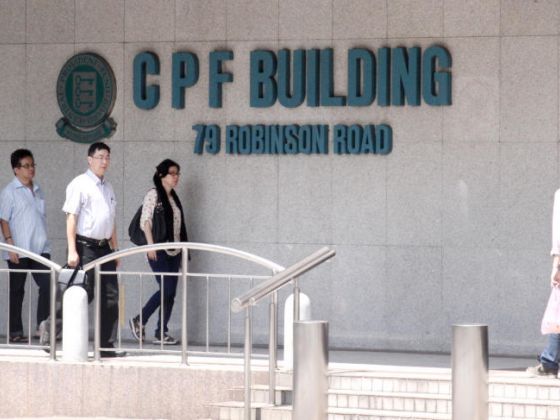 The move, which was announced yesterday by Deputy Prime Minister Tharman Shanmugaratnam, came following consultations among tripartite partners and the commitment made by the Government in 2012. It was also broadly in line with a recent call made by the labour movement.

As a result of these changes, a 50-year-old worker earning a salary of S$3,000 will have S$6,500 more in his retirement savings at age 65. To help employers adjust, the Government will provide a one-year increase in the Special Employment Credit (SEC) of up to 0.5 percentage point. This comes on top of the existing SEC of up to 8 per cent of wages, and will offset the increase in older worker contribution rates, Mr Tharman said.

He noted that efforts at improving the employability of older workers were bearing fruit, with the employment rate of workers aged 50 to 64 rising to 70 per cent last year, up from 56 per cent a decade ago.

The CPF rate for those aged 55 and below was cut in 2003, when the SARS epidemic triggered a recession in Singapore.

Another factor that accounted for the cut was the seniority-based wage system, which made older workers more vulnerable to retrenchment as their wages were much higher than that of younger workers.

Mr Tharman noted that the overall rate will be higher than the range of 30 per cent to 36 per cent that was targeted in 2003.

Adding that the Government does not expect to make further changes soon to total CPF contribution rates, Mr Tharman said: “We deliberated on this increased contribution rate carefully, taking into account future needs. Compared to a decade ago, life expectancy has increased, and will very likely move up further in Singapore. The demand for healthcare services has also increased, as advancements in medical care become available.”

While unionists and older workers TODAY spoke to welcomed the announcement, employers expressed relief that they had some time to prepare for the increase in contribution rate.

After the labour movement’s call last week, businesses had expressed dismay at the NTUC’s proposal, even though they were resigned to the eventuality of CPF rates going up, given Mr Tharman’s pledge.

Singapore Bank Employees’ Union General Secretary Bobby Tay, 59, said: “Currently we feel as though we are second-rate employees, but at least with this increase it shows that the Government appreciates (older) workers.”

United Workers of Petroleum Industry General Secretary K Karthikeyan, 55, added: “We wanted this for a long time, thank God it’s happening. When there was a cut (in 2003), many people had to tighten their belts.”

Mr Rajendran Govindarajoo, 53, a production technician who was formerly the President of the Chemical Industries Employees’ Union, meanwhile felt that with rising healthcare costs, employers have “a social role” to help workers.

Amalgamated Union of Public Employees Deputy General Secretary Yeo Chun Fing added: “People want to have better medical coverage; I think we can anticipate premiums will increase and this will go a long way to help fund the premiums.”

“We still have time to revise our contracts. If it was a sudden increase then it would be a headache,” Mr Foo said, adding that his company would require time to also persuade customers to accept the new contracts. Four-fifths of Mr Foo’s 300 workers are above 50, and wages make up 30 per cent of his company’s operating costs.

President of the Association of Small and Medium Enterprises Kurt Wee concurred: “I think it’s very good that the DPM gave advance notice to the employment circuit … I think the key thing is time is given for companies to adjust.”

In a media statement last night, NTUC President Diana Chia said the labour movement was “heartened” that the Government had headed its call to enhance CPF contribution rates “as this will help workers save more for retirement and for healthcare expenditure”. “In particular, we are happy that the workers’ contribution will go into the Ordinary Account. We hope the Government will, at some stage, do a review of the existing CPF contribution rates,” Ms Chia added.