‘Guilt’ Leading to Gender Gap in Japan During Pandemic, Here’s What We Can Do 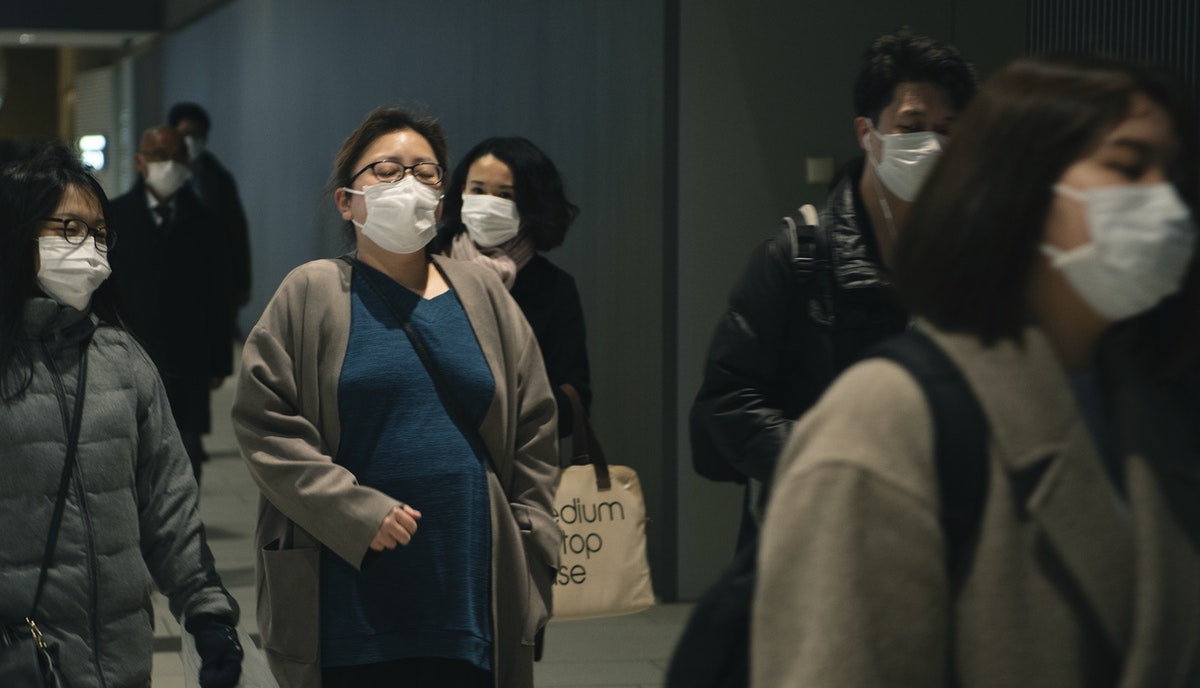 Japan’s voluntary month-and-a-half shutdown of the economy in April due to COVID-19 has had a higher cost for women than men. A key reason: a “guilt gap” between women and men, where women often feel compelled to take on more professional sacrifices.

Close to one million women—the majority of whom worked in temporary and part-time positions—left the labor force between December and April.

Amid massive disruptions to childcare and schools, research in an IMF Working Paper has helped solidify a universal truth: Women rather than men often face greater responsibility and guilt for being neither the ideal mother nor the ideal employee.

If the labor market was more supportive of work-life balance, then we may have seen a more balanced outcome during the pandemic with both men and women stepping in to help with children. Policies to promote better work-life balance and gender equality will also be critical to help enhance female employment opportunities and careers in the “new normal” after the pandemic is under control.

Working toward an inclusive recovery

The working paper’s findings are increasingly relevant in planning a more inclusive economic recovery. What aspects of a job improve work-life balance, and how much income should the job offer? In answering this question for workers in Japan we investigated the tradeoffs men and women would accept between earning more pay or having more time at home.

An analysis is drawn from an experiment that surveyed nearly 1,000 working-age Japanese men and women on their preference for varying levels of job attributes affecting work-life balance, including overtime, job insecurity, risk of departmental transfer, and risk of geographical relocation.

First: it was found that women are more willing than men to sacrifice a significant amount of salary in exchange for greater work-life balance.

For instance, for certain age and salary ranges, mothers are willing to sacrifice approximately $3,000 more in annual salary than men to avoid relocation risk; they would forego roughly $6,500 more than men to avoid 45 + hours of overtime per month. Men who do not have children are on average more willing to trade wages for work-life balance than those with children.

Part of this gender difference in willingness to pay for better work-life balance can be explained by a greater sense of guilt among women than men. Women reported higher feelings of guilt than men for missing not just child-related activities (e.g., school events), but also cooking and taking care of parents, because of work.

These feelings of guilt were then run against preferences. Overall, higher levels of guilty feelings correspond to greater willingness to pay for more work-life balance. For example, these feelings of guilt translate to high willingness to pay to avoid overtime. Women who would feel highly guilty for missing a child’s event or not caring for their parents are willing to sacrifice $12,000 in their annual wage to avoid 45+ hours a month of overtime.

This analysis contributes to the policy debate over work-life balance in Japan—a country famous for its long work hours. A recent index from the Organization for Economic Cooperation and Development ranked Japan 35th out of 40 countries in terms of work-life balance. Japan’s work culture is in many ways a legacy of decades past, when most women quit their jobs after getting married to raise a family while their husbands became the sole breadwinners. The Japanese work ethic often required men to work overtime and relocate based on company needs. An aging population and limited wage growth after 1990s, though, spurred greater female participation in the labor market, pressuring policymakers to meet demands for more flexible work arrangements. In recent years, Japanese policymakers, recognizing the economic importance of empowering women, elevated gender equality as a public priority. But implementation has been challenging, in part due to the issues highlighted in this working paper.

See also: ﻿One Secret to Close the New Gender Gap Issues at Workplace

First, it seems to validate one policy proposal in Japan—the use of more “limited-regular” contracts. These labor contracts set limits on overtime and mandatory relocations for workers in traditional, permanent jobs. Wider availability of such employment options would increase productivity and thus wages for those currently under non-regular contracts. Men and women alike benefit from such arrangements, but these contracts may appeal to working mothers especially because majority of them are currently non-regular employees with lower pay and job security.

Second, policymakers need to be sensitive to the gender-based differences in guilt. Care needs to be taken to ensure that limited-regular contracts do not further entrench gender-gaps in the workplace and create new glass ceilings for women.

Finally, mobility across contracts is important. For example, workers can switch contracts based on their life stage; a worker may prefer limited-regular contracts when children are small, but maybe not later when children leave the nest.

Building resilience for the future

The pandemic and widespread teleworking have shaken the long-standing stereotype of Japan’s “salaryman.” Even in Japan’s demanding work culture, the evidence shows that working men and women place value on a reasonable balance between the office and home. With the right policies, this pandemic can serve as a catalyst for empowering women and creating the flexibility for a work-life balance that better supports equality. If we want to build a more resilient society, gender equality must be a top priority.