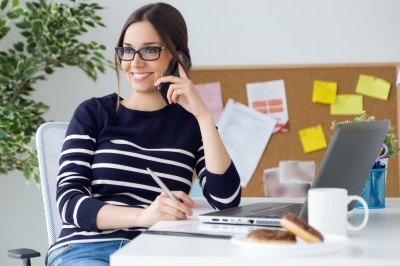 81 percent of candidates polled in Singapore say flexibility is a top consideration when weighing up an offer from a potential new employer, according to recruiting experts Hays.

The latest poll conducted by Hays reveals only three percent of candidates in Singapore were unsure about how they would rate flexibility as a job hunting consideration.

Lynne Roeder, Managing Director of Hays in Singapore says the poll results are a symbol of the generational change that is influencing the way candidates want to work in 2017.

“Candidates are expecting greater flexibility around their hours of work which in turn, has increased their work-life balance expectations along with the ability to choose options such as ‘active-desking’ or to work from home, for example,” says Lynne.

The introduction of flexible working practices has become more popular as it not only allows an organisation to retain critical skills, but it can also widen the pool of potential talent to include candidates that need such flexibility to remain in the workforce.

Lynne adds further, “The promotion of a modern work environment with new technology and constant challenges is becoming more important in attracting candidates with a greater need for flexibility. These candidates will be attracted to employers that can satisfy their interest for variety and modern technology as this will be more conducive to the alignment of flexible working practices.”

See: Flexible Working is Now a Norm in Singapore with Levels of Staffing Remaining Fairly Steady

The poll was conducted across five key Asian employment markets with candidates across the region showing a strong preference for flexible working practices.

A significant 89 percent of those polled in Malaysia rate flexible working practices as ‘very important’ when considering an employer and another seven percent as ‘important’ – a collective 96 percent.

A huge 87 percent of those polled in Hong Kong rate flexible working practices as very important when considering an employer and seven percent as important. In Japan, those results were 84 percent and 11 percent respectively.

Candidates in China were a little less focused on flexibility with 76 percent rating the benefit as very important, when considering an employer and nine percent as important.

Those unsure about how flexibility would influence their job-hunting decisions were very much in the minority, with those in China outnumbering the rest of the region at 16 percent.

Only four percent of Malaysians were unsure of how flexible working practices would influence their view of a potential employer with five percent in Japan and six percent in Hong Kong reported respectively. The poll was conducted online at Hays Singapore between April and June 2017.