Firms keep up with pay rises 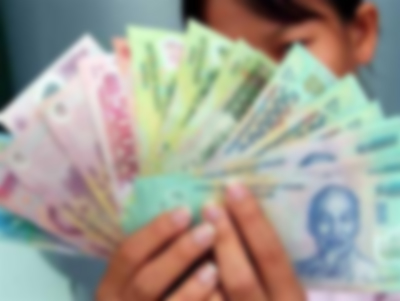 Firms keep up with pay rises

HCM CITY (VNS) — Both multinationals and major local companies have increased salaries by nearly the same rate this year, a survey by Mercer, a global provider of human resource services and its associate in Viet Nam, Talentnet Corporation, has found.

While the former pays 10.4 per cent higher, it is 10.5 per cent for domestic giants.

Hoa Nguyen, leader of Mercer Remuneration Surveys and Human Resource Consulting at Talentnet, speaking at a seminar in HCM City yesterday (Monday), said with not much change in business conditions and lower inflation forecast, the salary increase, nearly the same as last year, is expected to be at the same rate next year too.

The pharmaceutical, consumer goods, and chemicals industries were the top three in terms of salary hikes – at around 11 per cent — since they are not being impacted as much as others by the economic situation.

Real estate and banking saw the lowest salary increases of 8.4 per cent and 8.9 per cent due to difficult business conditions.

To attract talent from multinationals, local firms are willing at this juncture to pay out of their salary range for high-level positions.

However, it would take a number of years before big local companies’ pay catches up with multinational companies’, Hoa said.

For now, to attract, motivate, and retain the best employees, local companies often use long-term incentives such as stock offers and stock options.

When it came to paying bonuses, banking and oil and mining topped (22.7 per cent and 17.7 per cent relatively) with big local companies paying more than multinationals.

Trading and technology were the two sectors with the lowest bonuses.

The employee turnover rate last year decreased by 2 -3 per cent, with multinationals having lower rates than local companies (12.2 per cent versus 17.1 per cent), she said.

Multinational companies have in fact had the lowest rate for the last five years.

The highest turnover was in pharmaceuticals, consumer goods, and insurance due to a shortage of talent.

The jobs of sales managers, sales executives, and marketing managers remained, as they have for long, the hottest, with companies having difficulty recruiting personnel and keeping them for long.

During periods of tough market conditions, sales managers are more important to businesses than marketing specialists since they directly bring revenues to the company.

A total of 473 multinational and local companies with more than 164,790 employees in various industries took part in the survey.

The increase in the number of Vietnamese companies taking part in the survey indicates their more serious attitude towards remuneration and desire to improve their salary budget more effectively and know exactly how competitive their salaries are compared to the market.