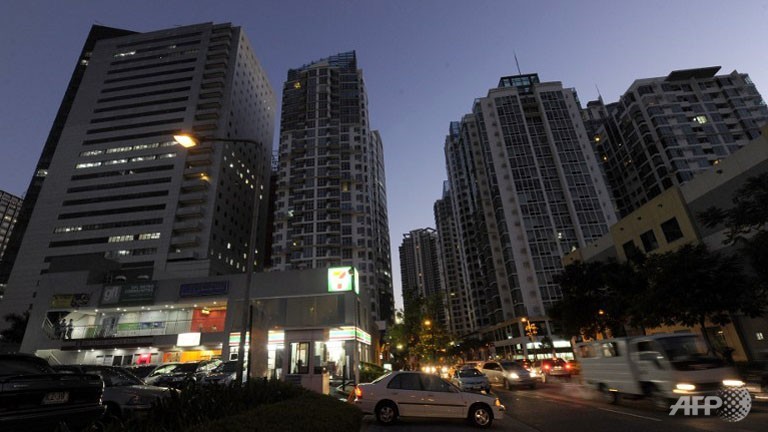 Philippine President Benigno Aquino will be delivering his fourth state of the nation address on Monday. Both business leaders and ordinary Filipinos are hoping to hear significant developments on his promise of inclusive growth and jobs.

Food stall owner Virginia Pascual only wants to hear one thing from President Benigno Aquino when he delivers his state of the nation address.

He said: “I hope he can make poor Filipinos like us feel that the economy is indeed getting better. Prices of commodities are still high but salaries are still very low. Like those working in the construction sector, they are barely getting minimum wage.”

Midway into his six-year term, President Aquino is expected to highlight his administration’s anti-corruption efforts that has helped improve the country’s economy. In 2012, the Philippine economy grew at a notable 6.6 per cent, cementing its spot as one of the most resilient economies in Asia.

However, problems in unemployment and poverty continue to hound the administration. Despite the Philippine economy growing at a stunning 7.8 per cent in the first quarter of 2013, unemployment rose to 7.1 per cent, the highest in Southeast Asia.

Latest official poverty statistics show Filipinos living below the poverty line now account for 27.9 per cent of the country’s population, the highest among emerging Asian economies.

Against this backdrop, businessmen are now urging President Aquino to change the constitution to allow for more foreign investments into the country. The 1987 Constitution limits foreign ownership of companies in the Philippines to 40 per cent.

According to World Bank figures, the Philippines needs to generate 14 million jobs between now and 2016 to bring people out of poverty.

Astro Del Castillo, managing director of First Grade Finance Inc, said: “We think now is the time to really tweak some changes in the constitution, especially since the trust rating of the president is at all time high.

“By hopefully tweaking this constitution to allow more capital inflows here, then definitely it will boost the amount of capital here, and then eventually push our economy towards higher levels of GDP which we hope to see.

“We need more capital to really jump-start the economy and somehow maintain the so-called stature of having at least seven per cent GDP growth.”

More than just citing a litany of achievements, analysts said President Aquino would need to come up with tangible reforms to ensure that the country’s economic gains will be felt by all.

In the next three years, Presdent Aquino will need to work doubly hard to prove that he can deliver on his campaign promise of wiping out corruption and improving the lives of 90 million Filipinos.