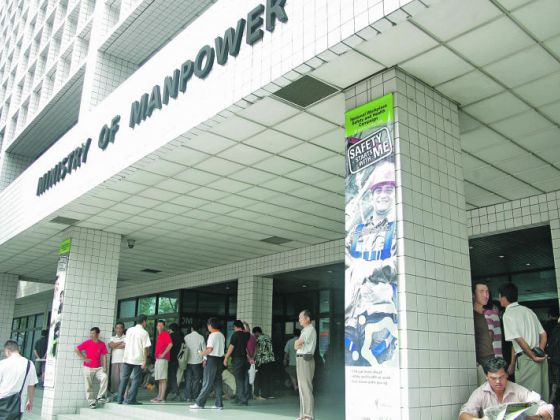 However, last year saw more local workers assisted by the ministry, a trend which the Manpower Minister attributed to local workers being more aware of their rights. Compared to an average of 3,400 cases in 2011 and 2012, there were 3,800 workers who approached the MOM to resolve work-related issues and work injury compensation.

“I think a lot of it has to do with increased awareness. We have stepped up our efforts to make sure that our workers understand their rights considerably, and I think this has been the impact of that,” said Mr Tan.

He said that while the overall situation is “generally good”, as seen in the small proportion of the overall foreign workforce receiving assistance from the MOM, the situation is not perfect and the ministry is ready to assist any worker with a rightful claim, regardless of nationality.

Mr Tan was responding to Member of Parliament (Jurong GRC) Ang Wei Neng, who asked about the number of complaints filed by local and foreign workers, the number of substantiated complaints, and any instances where the ministry took action against invalid complaints.

“It is also important to emphasise that we also don’t tolerate attempts to game or take advantage of our systems. People will be taken to task if they do so,” said Mr Tan. He added that the MOM has taken action against 100 workers for making false declarations to their officers over the past three years.