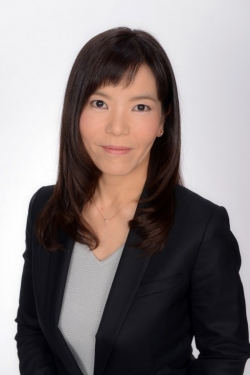 Japan’s biggest brokerage Nomura Holdings said yesterday it has chosen a woman to head its banking arm, in what is believed to be a first for the country’s male-dominated financial sector.

Chie Shimpo, 48, will next month become president of Nomura Trust and Banking, as Japanese Prime Minister Shinzo Abe calls for more women to join the labour force and for companies to bring female employees into the boardroom.

None of the nation’s three biggest banks – Mitsubishi UFJ, Sumitomo Mitsui and Mizuho Financial – have top female executives, according to a government survey.

The central bank, Bank of Japan, has just one woman on its nine-member board.

In an interview last year with a Japanese business online magazine, Shimpo dismissed her gender as a factor at the office.

“When I’m at work, I don’t really think about my gender,” she was quoted as saying.

“I’ve never thought I was disadvantaged professionally because I’m a woman… (but) maybe it’s more correct to say I assimilated” into a male-dominated workplace.

Shimpo, who has an MBA from Stanford University and also graduated from Japan’s prestigious Waseda University, joined Nomura in 1989. She became an executive officer in 2012 after working in the share trading and bond department.

Japanese women are under-represented in business and politics compared to other developed nations. But Abe has pledged to shake up workplace demographics as part of his broader bid to revive the world’s third-largest economy.

Most Japanese working women quit after having their first child, according to government data, since long hours and few childcare options often make re-entry into the labour force difficult.

This week Keiko Tashiro became a director of Daiwa Securities, marking the company’s first internal appointment of a woman to its board.