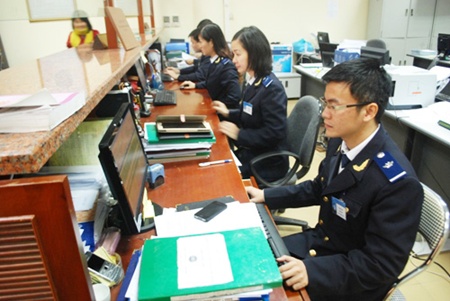 HA NOI (VNS) — The manufacturing sector has led the field in the need for senior personnel for the third consecutive quarter this year, recruitment firm Navigos Search has said.

In its third-quarter report, the Ha Noi-based company said the manufacturing sector accounted for 17 per cent of the total demand for executives in the country.

The number reflected the improving business situation in the sector as stated in the Purchasing Managers’ Index (PMI) report released last month by HSBC.

A rebound in new orders has seen manufacturers increase production, it said

The second-placed Information Technology (IT) sector had the sharpest increase among others in its demand for senior and middle managers, from nine per cent last quarter to 15 per cent.

Research by a foreign business has found that growth in Vietnamese IT spending is driven by rising incomes, enterprise modernisation and the policy environment put in place by the government, said Navisgos Search CEO Nguyen Thi Van Anh.

“Meanwhile, Viet Nam’s development as an outsourcing destination is a significant medium-term factor for the growth of the IT sector, with the services segment expected to expand rapidly.”

The Navisgos Search report also says that Viet Nam is on its way to become a global manufacturing centre for electronics production as the average wage in China, the factory of the world, keeps rising.

Viet Nam, where the average wage is about a third of China’s, appears to be the new destination for international electronic manufacturers, the report says, adding that many companies have recently said they are considering leaving China to protect their profit margins.

The Textiles and Garment sector ranked third in the top five sectors in need of executive personnel with 10 per cent of total demand, rising from fifth place in the last quarter.

The two remaining top-five sectors, on the other hand, saw demand dropping. The fourth-ranked Fast-moving Consumer Goods (FMCG)/Retails sector saw a decline from 14 per cent in the second quarter to 9 per cent n the third; and from 10 per cent to 7 per cent in the Finance-Banking-Securities-Insurance sector.

The report also says that highest paying posts for Vietnamese personnel in the third quarter were a Sales Director for a HCM-based retail company and a Financial Director for a service enterprise in Ha Noi, each receiving a monthly salary of VND110 million (US$5,200) per month.

In trying to forecast the recruitment trend for the last quarter, Navisgos Search publicly reported its clients’ job orders in the first 10 days of October, showing that the Textile & Garments sector claimed the highest proportion of demand at 17 per cent. It was followed by the IT and FMCG/Retails sectors with 12 per cent each.