Employment Claims Tribunal to be ready next year 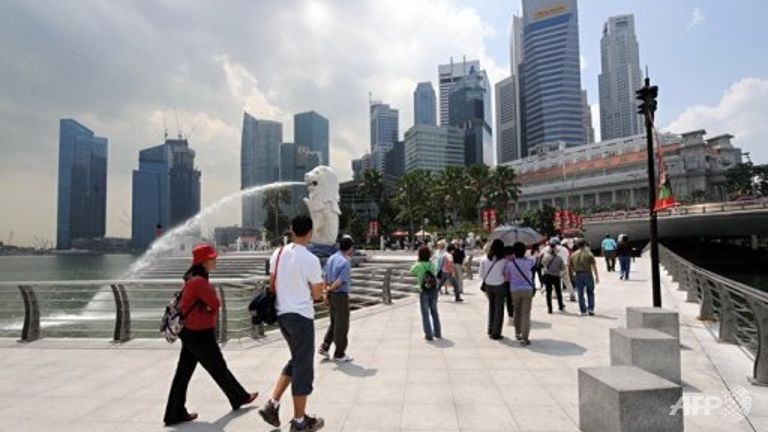 Employment Claims Tribunal to be ready next year

SINGAPORE: A mechanism to help all professionals, managers and executives (PMEs) settle disputes with their employers will be ready in 2015, revealed Manpower Minister Tan Chuan-Jin in a recent interview with the media.

His ministry had proposed the setting up of the Employment Claims Tribunal in April to cater to the needs of PMEs, who earn more than S$4,500 a month.

They are not covered under the Employment Act, which means they are not protected in areas such as the timely payment of salary, paid sick leave and hospitalisation leave as well as unfair dismissal.

When ready, the Employment Claims Tribunal hopes to provide workers with a fast and affordable dispute resolution mechanism – whatever their salary levels, and whether or not they are union members.

Mr Tan said: “We are looking at how to provide an expeditious way of dealing with disputes which may not be statutory in nature – a bit like the Small Claims Tribunal of sorts – it allows some of the employment disputes to be handled there. That’s something we are looking forward to, coming in some time next year.”

PMEs currently have several avenues to turn to when they encounter disputes with employers. But there is a group that falls through the cracks.

About half of the cases seen at the labour movement’s PME U Centre are work-related disputes. These could be breaches of contract or salary disputes.

While the labour movement welcomes the setting up of the tribunal, it says the move should not dilute the spirit of tripartism. So it wants to see the scope of the current Tripartite Mediation Framework expanded to cover more disputes, such as the re-employment of older workers and workers who earn above S$4,500 a month.

The Tripartite Mediation Framework was introduced in 2011 by the Manpower Ministry with support from the Singapore National Employers Federation and the National Trades Union Congress. It provides an employment dispute resolution process to facilitate settlement of common disputes between employees employed in managerial and executive functions and their employers.

Currently those eligible for tripartite mediation are workers who earn a basic salary of up to S$4,500 a month, are employed in a non-unionised company but have joined a union as an individual, without collective representation rights. The framework only covers disputes in three areas: salary arrears, payment of retrenchment benefits and breach of contract.

“I think there should be some form of mediation, conciliation, along the way, possibly in a compulsory manner, to ensure that parties in the dispute try to conciliate and mediate before they go to a tribunal for formal adjudication. So in a way Tripartite Mediation can work hand in hand with the Employment Tribunal so that union members can have a better leverage.”

The Singapore National Employers Federation (SNEF) said it hopes the tribunal will not displace grievance handling at the company level, and that frivolous claims requiring unproductive involvement of all parties must be avoided.

The composition of the tribunal is still being worked out, but it is expected to include experts in areas such as industrial relations and labour issues.

“We are in discussions with MOM (Ministry of Manpower) on this especially how to leverage on the tripartite parties in this process,” said SNEF executive director Koh Juan Kiat. A spokesperson from the Manpower Ministry added: “We are currently consulting and engaging our stakeholders, particularly our tripartite partners on the tribunal proposal. More details will be announced next year when ready.”

Besides facilitating dispute resolution, the aim of having the tribunal is also to minimise the incidence of such disputes in the first place. This is in line with the recent introduction of a set of Tripartite Guidelines to provide employers with key employment terms such as salary and working hours to their employees in writing. This will be made mandatory over the next two years, together with the provision of itemised payslips.