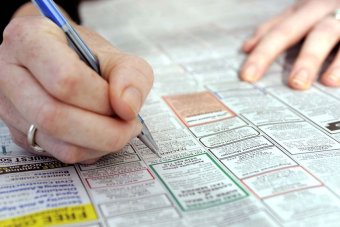 More Australians are seeking help to get a job, but at the same time more are giving up altogether, apparently defeated in their attempts to find work.

Employment figures released yesterday estimated that more than 30,000 full-time jobs have been lost and the employment participation rate is falling.

Employment service providers say the true picture is even worse, with youth unemployment as high as 30 per cent in some hot-spots in the country.

The financial markets may have been surprised by yesterday’s unemployment figures showing a loss of more than 30,000 full-time jobs in the last month but, for those at the coal face working to help the unemployed find a job, the worsening labour market has been all too evident in recent times.

“The job market is really, really tough at the moment, and we’ve seen an increase in the number of people being referred to us for help to find work, particularly late last year and that’s continued early this year,” said Martin Thomas from Mission Australia, a leading employment and training provider.

The national unemployment rate is 5.8 per cent, but Martin Thomas says, for many, the situation is much worse than that.

“Really, when you look at some of the hot-spots for unemployment across the nation, like south-western Sydney, parts of Adelaide, in some of these areas [rates of] youth unemployment are upwards of 30 per cent in some cases. So you’re just seeing incredible tight market in the labour market,” he said.

“The figures also, I think, mask serious issues in underemployment, so people who aren’t being able to find enough work, who really need to find more work to survive.”

With little prospect of getting a job, many have given up trying.

That is showing up in the statistics, with the labour force participation rate falling 0.2 per cent in December.

That is worrying the Employment Minister Senator Eric Abetz.

“It is always a matter of concern when the participation rate decreases,” he said.

“In those circumstances it is all the more important to implement the economy-stimulating, job-stimulating policies that will give people the heart to re-engage with the employment market.”

“The rejection that happens when they’re trained to gee themselves up, be confident, to present themselves daily and to get the knockback. They almost feel defeated before they enter battle for a job,” Mr Thomas explained.

He says that gloom has been compounded by negative media reports around factory closures and the economy, and discussion of widespread government spending cuts.

“There’s certainly an environment of gloom out there as you listen to the headlines, not only when you see the job losses that are happening at factories and then also the reductions that are pending in government spending,” he said.

“It’s a cocktail I guess for people to feel that there’s very little light on the horizon.”

Senator Abetz says neither public nor private sector employment will improve until the nation’s finances are back on track.

“We cannot keep borrowing money from overseas to fund a bloated public sector and in turn stifle the private sector,” he argued.

“You need to have a dynamic private sector that is able to underpin and fund the public sector.”

The budget forecasts show the unemployment rate continuing to rise over the next 18 months.