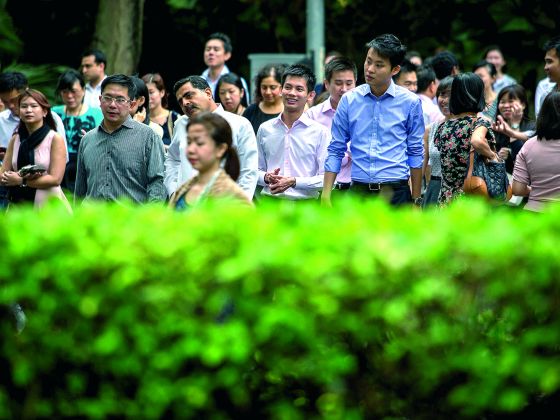 SINGAPORE — Employees can generally expect better bonuses and a larger pay raise this year, according to a survey conducted by a job portal here.

The survey, conducted by Jobstreet.com, found that employers intended to give an average bonus of one month and an average pay raise of 4.5 per cent.

Twenty-two per cent of the employers surveyed also intend to give staff a higher increment this year as compared to previous years, with 18 per cent planning to give salary increments of above 7 per cent.

The main beneficiaries of these increments will be managers, as the employers surveyed indicated that they are allocating the biggest slice of the pie to this group.

The survey showed that 62 per cent of employers believe that a good pay package and strong bonuses are the most effective tools in retaining employees, especially as the labour market in Singapore strengthens.

Corroborating this belief, the Jobstreet survey of 850 employees found that, compared to 26 per cent from last year, 45 per cent of employees are on the hunt for better job prospects this year, even if their current pay and bonuses meet their expectations.

According to the survey, reasons employees change jobs for reasons such as better remuneration packages, staff benefits, work-life balance and career advancements.