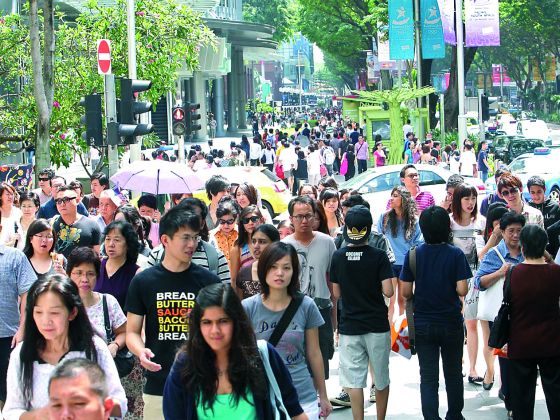 SINGAPORE — The plight of the sandwiched class came under the spotlight yesterday as Members of Parliament (MPs) called for a stronger social safety net for this group, which has become more vulnerable to being laid off as they struggle with the rising cost of living and supporting their children and parents.

The MPs were among the 19 who rose to speak on the first day of the debate on the President’s Address in Parliament, which spanned issues ranging from the need to review the Central Provident Fund (CPF) scheme, education policies, to the meaning of constructive politics.

Nee Soon GRC MP Patrick Tay drew attention to the challenges faced by mature professionals, managers and executives (PMEs), who tend to stay unemployed longer, and suggested that an assistance package, which can serve as “unemployment insurance”, be created for them.

And noting that employers have a moral responsibility to see through the career transition of their workers if they are laid off through no fault of their own, they should offer subsidies and payments to recognise workers’ years of service, and help them train for their next job, he said.

Chua Chu Kang GRC MP Zaqy Mohamad said many are concerned about whether they have enough in their CPF savings to meet the Minimum Sum, pay for their home and children’s education, or support a family member that needs constant medical care. Unlike the lower-income group, those in the sandwiched class might not have access to Medifund, he said. This group needs to be provided with stronger safety nets and portable health insurance to protect them and their families, he added.

West Coast GRC MP Foo Mee Har pointed out that the Budget announcements this year — which outlined social policies aimed at the less well-off — would have little impact on the lives of PMEs, who also feel their aspirations sliding out of reach. For example, property cooling measures have made property upgrading more difficult, and the Government could consider collecting Additional Buyer’s Stamp Duty upon completion of the new property rather than upfront, and allow an 80 per cent Loan-To-Value ratio for those upgrading to private property, if the upgrader owns only one property, she suggested.

Other MPs reiterated the need to do more for the lower-income group, with Pasir Ris-Punggol GRC MP Zainal Sapari saying there was a need to professionalise more jobs to make them more “respectable and exciting”. “Such a push for workers to be trained will come at a cost to customers, but if it can help these workers earn better wages, workers’ training must be made mandatory for companies to provide such services,” he said.

Aljunied GRC MP Muhamad Faisal Abdul Manap proposed that the Government adopt the International Labour Organisation’s Social Protection framework to track the impact of Singapore’s social safety nets, and for an annual State of Social Protection report to be published.

Responding, Mr Hawazi Daipi, Senior Parliamentary Secretary for Education and Manpower, said the Government has been doing more to help the low-income group. “The next issue is how we make that transfer … and how we tax people and who should we tax. So it is not just a simple matter of providing more or providing something that seems to be more advanced because it is proposed by international organisations,” he said.

In a Facebook post last night, Prime Minister Lee Hsien Loong said many MPs spoke in support of the President’s Address and offered ideas to improve or change policies. “We will look into these suggestions carefully,” he wrote. Mr Lee is slated to speak tomorrow.