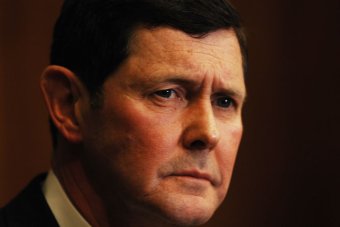 Social Services Minister Kevin Andrews has pointed to the higher rate of the disability pension as an “enormous incentive” for job seekers to seek eligibility for the payment.

Mr Andrews made the statement the day after the release of the interim report from the Government’s review of welfare payments, which recommended the Disability Support Payment (DSP) be reserved for those with a permanent impairment.

“At the moment, there is a $300-a-fortnight gap in the rate of payment between the Disability Support Pension and the Newstart allowance,” he said at a speech at the Sydney Institute last night.

“This gap creates an enormous incentive for people on unemployment benefits to test their eligibility for the DSP.”

According to rates published on the Government’s human services website, the maximum paid to those on the DSP is $766 a fortnight, while the top rate of Newstart allowance for people who are unemployed is $552 – a difference of $214 that could be boosted by supplements paid to some DSP recipients.

Recipients with “episodic” mental illnesses have been used as an example of those who could lose the DSP.

“There are some people with mental illness who are incapable of working and they should continue to receive disability pensions,” he told the ABC’s 7.30 program.

“But there are some people who’ve got a mental illness which … is episodic.

“So what our challenge is … how [can we] enable them to use the capacity they’ve got, the episodic capacity to work?

People with mental illness have a disability, says Discrimination Commissioner

Disability Discrimination Commissioner Graeme Innes, who will finish up in the job this week after his position was cut in the budget, argues the changes would place more pressure on people, many of whom are already living in poverty.

“Anyone with mental illness does have a disability,” he told Lateline.

He says there has been “significant demonising” of people with disability, particularly in tabloid newspapers.

“It is unfortunate that the Government has been drawn into that process with this sort of attempt to toughen up welfare when what we need from our Government is a positive approach and a jobs plan,” he said.

The Government has opened up the review for six weeks of consultation – a timeframe that has been criticised as too short by stakeholder groups.

The final report is due by the end of this year.